MANHATTAN, Ill. (WLS) -- The weather plays a big role in the success or failure of our farmers. In Illinois, agriculture is a $19 billion industry.

ABC7 Meteorologist Larry Mowry visited a farm in Will County to find out how farming is adapting to changes in our weather patterns. He met up with farmer Dave Kestel at his farm in Manhattan as he was planting soybeans.

"I'm planting on the 6th and 7th of April, beans. The earliest I've ever planted beans was last year, I planted the home farm on April 20th," Kestel said. "This is a shot in the dark. This is an experiment, kinda sorta. I am taking a chance, I realize that, but the ground conditions are perfect."

RELATED | Our America: Climate of Hope

Kestel's family has been farming in Will County for over 100 years. He's seen changes in his lifetime, in both the weather and technology.

"Everything we do is better, it's no different than GM building a car from the 60s to now," he explained.

Along with improvements in technology, changing weather conditions have increased the growing season - allowing Kestel to plant in early April.

The growing season is defined as the number of days between the last spring freeze and the first fall freeze. More days in the growing season mean more time for plants to grow and farmers to adjust to weather conditions.

"So that extension of the growing season means that we have a little bit more buffer, so to speak," Ford said.

But as with all weather patterns, nothing is set in stone.

"Just because spring's getting warmer does not decrease the risk of a late spring freeze," he cautioned. "With increasingly warmer springs, it still can actually enhance our risk of having a false spring and have freeze risks to those to those tender perennials."

In 2019, a very wet spring delayed planting of corn until early June. Traditionally, that would be too late. But a longer growing season into the fall allowed for at least some yield.

Despite a changing climate, Kestel is optimistic about the future of farming and the crop he planted in early April.

"There's new challenges, we have to adapt," he said.
Report a correction or typo
Related topics:
weatherwill countymanhattangardeningillinoisweatherspringclimate changefarmingclimate of hope
Copyright © 2021 WLS-TV. All Rights Reserved.
CLIMATE OF HOPE

Our America: Climate of Hope 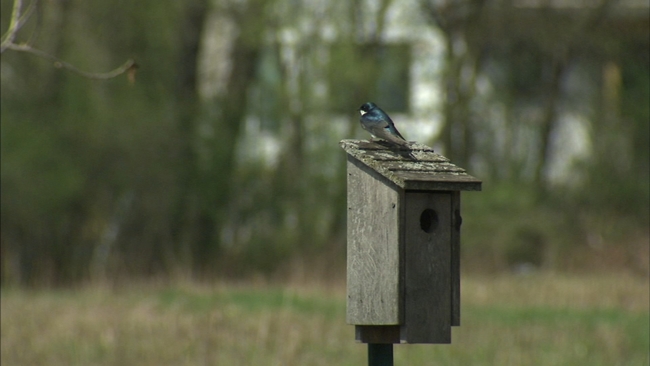