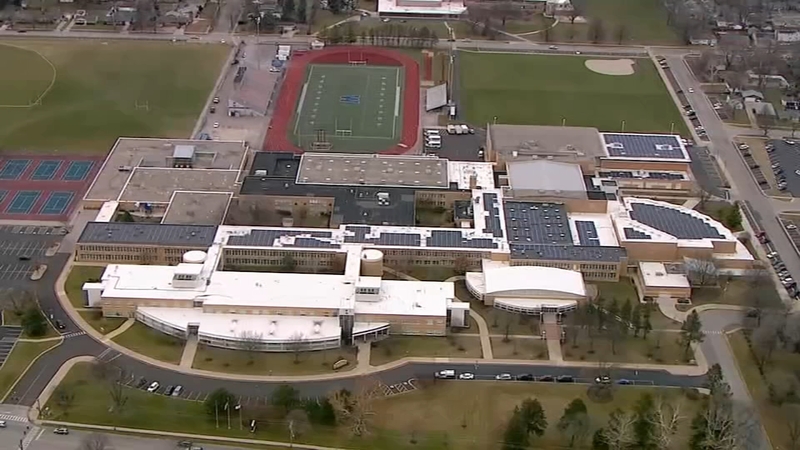 AURORA, Ill. (WLS) -- School leaders in west suburban Aurora were joined by police and prosecutors to address a photo of a gun that led to an hours-long scare for thousands of students.

The photo was one of many unfounded threats that had districts across our area on high alert Friday.

While the threats of schools shootings or bombings Friday that circulated on TikTok were unfounded, the event caused students, teachers, staff and parents a lot of undue stress.

"Shortly after 9 a.m. we were made aware there was an photo airdropped and it had a specific threat to West Aurora High School," said Dr. Jeff Craig, superintendent of West Aurora School District 129. "The post was a picture of a gun. It was taken in the bathroom and had very identifying remarks for West Aurora community."

With that, 3,700 high school students went into an hours long holding pattern. Classes continued with students stuck in place while Aurora police investigators moved in.

"Our Critical Incident Intelligence Center learned the picture of someone holding the gun in the bathroom was actually the same photo from a school threat in El Paso, Texas in 2020," Aurora Police Chief Keith Cross said.

More officers were already stationed around Chicago area schools Friday, as a precaution because of the TikTok threats. This made an already volatile situation unnerving.

"Someone deliberately took a photo from internet, added text and then sent it around the school causing panic for students, staff, and families," Cross said.

"When people choose to do this, it is a felony offense in Illinois of disorderly conduct," Kane County State's Attorney Jamie L. Moser said.

While prosecutors are promising to pursue charges against anyone behind these online threats, school administrators are begging parents to closely monitor children's social media accounts.

"Your children can be texting, speaking to, engaging with things that you have no knowledge of," said Dr. Adrian Talley, superintendent of Indian Prairie School District 204.

"This is the result of increased student anxiety and increased impact on the social and emotional wellness of children from the pandemic," said Jennifer Norell, superintendent of East Aurora School District 131.

School administrators say they're able to track down IP addresses of students who share these posts.