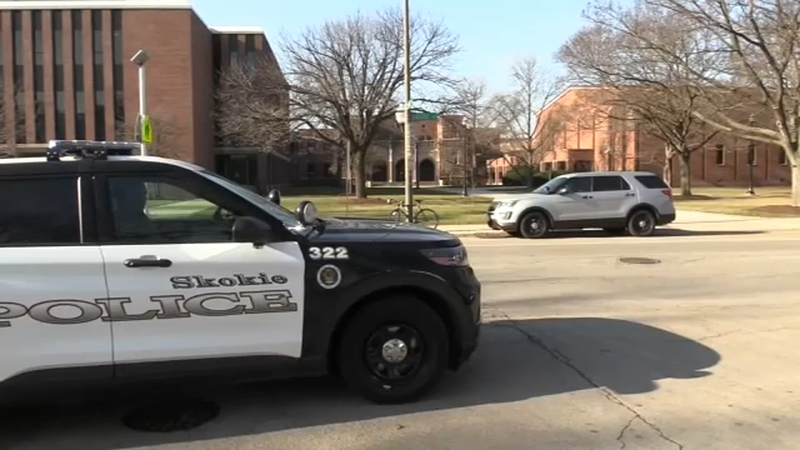 The incident prompted ETHS to go on lockdown just after 9:30 a.m. The lockdown was was later lifted after getting an all-clear from police. Students were dismissed around noon.

ETHS parents wait to be reunited with students after lockdown

"We got a text from my daughter just saying, 'we're on lockdown and I love you.' And she was scared," parent Mark Caro said.

There was a sigh of relief for parents as they were able to embrace their children nearly three hours after finding out the 4,000-student high school was on lockdown.

"We ran into the back classroom and it was kind of the thing of like, oh wow this is actually happening to me," student Orli Schwartz said.

Evanston police said a group of students were found smoking marijuana in the school bathroom. When the school resource officer and staff responded, they found two handguns.

"No shots were fired as part of this incident and there have been no injuries reported," said Commander Ryan Glew, Evanston Police Dept.

Evanston police give update after guns found at ETHS

All eight students involved were detained.

"Today could have been tragic but for the quick response and brave actions of our police officers and the safety personnel at ETHS," Evanston city manager Kelley Gandurski said.

Thankfully everyone was safe, but it was still very unnerving for students and their families.

"Putting these kids through this trauma because there's so many guns out there and there's a sort of normalizing of people with guns in schools where they should be safe and learning, it's horrible," Caro said. "As a member of my generation I feel guilty about it that they have to go through this."