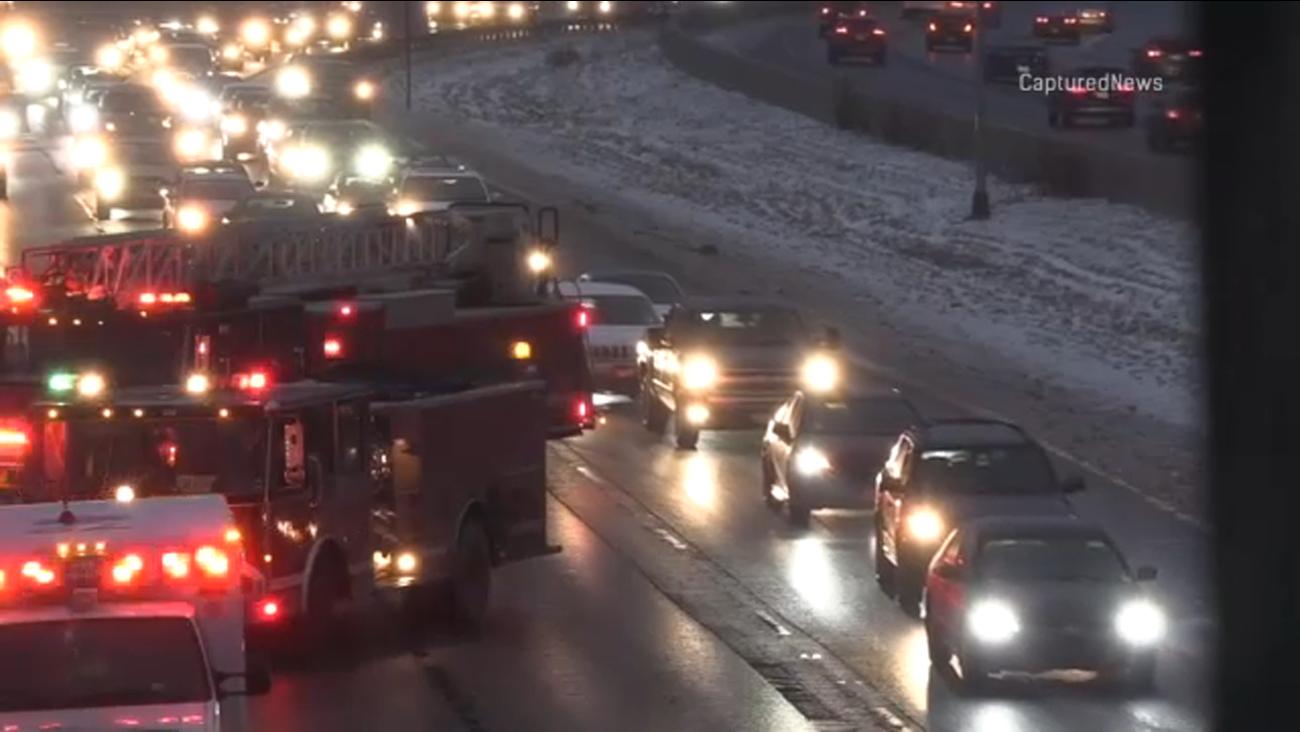 The National Weather Service had issued a Winter Weather Advisory, which ended at midnight Saturday, as light rain and freezing temperatures made its way through the northeast. However, a Flood Advisory is still in effect until further notice along the Kankakee River.

Below freezing temperatures throughout the past few days could mean icy conditions. Ice accumulations could reach one-tenth of an inch.

RELATED: Winter Wonder: What is 'pancake ice' on Lake Michigan, how does it form?

In response to the freezing rain and sleet, the Chicago Department of Streets and Sanitation said it deployed 211 salt spreaders to help treat the roadways.

DSS has transitioned salt spreaders to residential streets in response to today’s winter weather system. The fleet has been working since afternoon to ensure that main roads are safe and passable for motorists and buses. View City’s fleet in real time: https://t.co/GKweSz2oR0.

Indiana State Police also tweeted out a warning for drivers Saturday, advising them to slow "way down" after police said I-80 and I-65 are littered with crashes.

Folks, we're not kidding when we say slow down. Way down! We've already had one troopers vehicle struck on I-80.
Troopers are investigating numerous crashes and several have been rollovers. I-80 & I-65 are littered with crashes. pic.twitter.com/oCT4ijAqAO

An ice jam on the Kankakee River in Wilmington near the I-55 bridge was confirmed Saturday, the National Weather Service said., prompting the flood warning as fluctuations in river levels are expected and will likely rise to a flood stage over the coming days.

Update on the Kankakee River at Wilmington, IL in Will County:

An ice jam was confirmed near the I-55 bridge. Fluctuations in river levels near that area are expected, including likely rising to flood stage over the coming couple days.https://t.co/y1gMD6UPSJ #ILwx pic.twitter.com/hd74J23FB3

Difficult travel conditions still continue Sunday due to icy roads. Meteorologist Cheryl Scott said secondary roads, bridges and overpasses, parking lots and sidewalks are most susceptible. Even as air temperatures gradually climb to above freezing during Saturday evening, ground and pavement temperatures may lag behind, resulting in icy conditions on untreated surfaces.

Tips for driving in winter weather can be found on the Illinois Department of Transportation website.