Right on target: Chicago wheelchair archer wants to inspire others 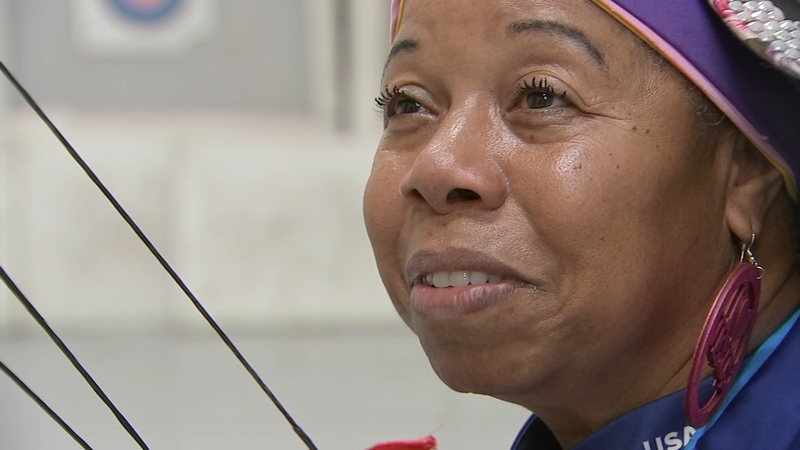 CHICAGO (WLS) -- Babette Peyton has been homeless. She's been laid up, barely able to move. She even wrote her own obituary. But the U.S. Army veteran has since found a unique calling that likely saved her life - wheelchair archery.

Peyton was injured during a military training exercise and suffered a stroke.

But Peyton wants people to look beyond the wheelchair and the fact that she can only use one arm, and, instead, admire the gold medals she's won for doing something she loves. The veteran is a wheelchair archer champion, and she does it using her teeth.

During physical therapy at a Veterans Affairs rehabilitation center, at one of Peyton's lowest points, a coach suggested she give archery a shot. But instead of using her hand, she should try pulling the string back with her teeth and a piece of leather.

Much to her surprise, after just a few attempts, she did it.

And "live" she has. Babette has competed all over the country, racking up numerous awards and accolades along the way. Now she's recognized as one of the best.

"When I started doing this, I wasn't thinking about the Olympics or Paralympics. I was just thinking about how it can save my life, and it gave me something to do," she said. "And I could do it well."

Now, Peyton is spreading the word - to other veterans, to other people living with disabilities, to anyone who is facing life's challenges.

"For anybody that is doing a comeback, just remember, your comeback is going to be better than it was before if you just stay with God and just shine," she said.

Peyton speaks at churches and various community and youth groups. She also has a spot on gospel radio and community access TV.