I-55 crash: 1 killed when car crashes into, wedged under back of semi in Will County 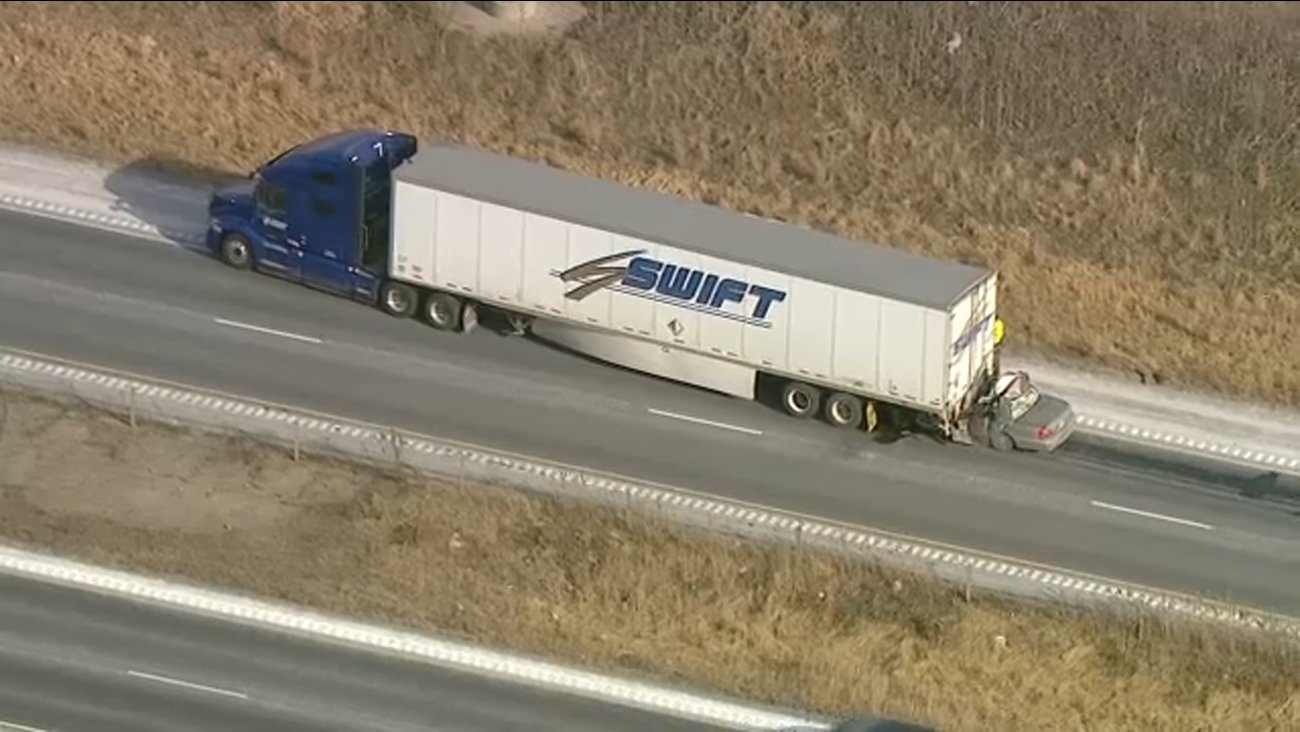 WLS
SHOREWOOD, Ill. (WLS) -- A car crashed into and then became wedged under a semi on I-55 in Will County Friday, Illinois State Police said.

The crash took place shortly before noon near mile marker 244, near Shorewood and Joliet, in the northbound lanes, state police said.

Illinois state police said the car was behind the semi and somehow struck the rear of the truck, then became wedged underneath.

One person in the car was pronounced dead at the scene, Illinois State Police said. No one else was in the car at the time of the crash.

The person killed was a 36-year-old man from Gardner, Ill. He has not been identified pending next of kin notification.


The driver of the semi was not injured.