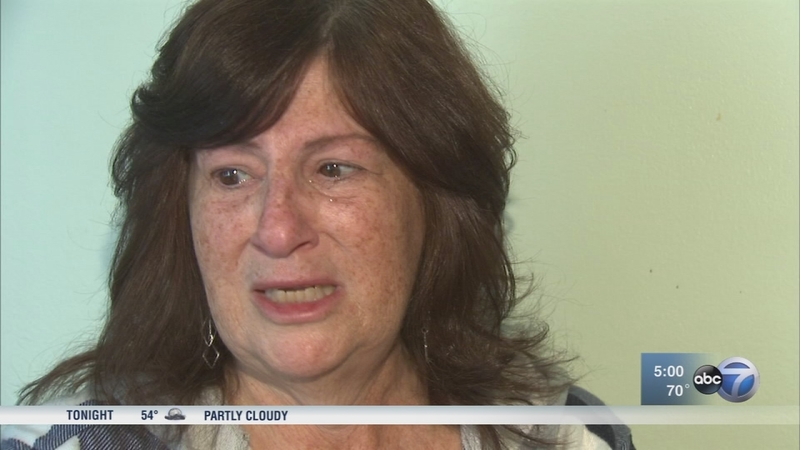 Mother angry daughter was bailed out

CHICAGO (WLS) -- A mother is angry and frustrated that businessman Willie Wilson bailed her daughter out of Cook County Jail.

Marcie Rotheiser said her daughter is addicted to drugs and putting her back on the streets put her in danger.

She said she was at her wits' end trying to get help for her 23-year-old daughter. She's spent years dealing with social workers and psychologists, but nothing worked.

Wilson said he had no idea of her background when he bailed her out of jail.

Rotheiser has a wall full of pictures of her two children, including the daughter she adopted as a 3-week-old baby. She was born with cocaine and other drugs in her system and has battled addiction and emotional issues her whole life.

Rotheiser said she has sent her daughter to numerous specialists over the years, so when she was arrested for failing to appear in court a couple weeks ago, that was it.

So Rotheiser and her family had decided to leave her daughter in the jail in detox and hoped she would learn from it and get the help she needs. But to the mother's dismay, former mayoral candidate Wilson bonded her out on Wednesday.

"Just says, 'Oh because it's Thanksgiving I'm going to just let all these people out,' but what she needed was to be there," Rotheiser said.

It was part of Wilson's effort to free non-violent inmates who can't afford their bond. In fact, the Cook County Board considered Sheriff Tom Dart's proposal to do away with bond for some of these inmates.

Wilson said it was a mistake. He never intended to free anyone in detox.

"That is never our intention of somebody who has treatment for any alcohol or drug abuse," Wilson said.

Rotheiser said her daughter apparently learned nothing from the experience. On Wednesday night, after getting out of jail she immediately went with friends and got high, Rotheiser said.

"How in the hell can that happen? How can somebody they don't even know bond somebody out?" Rotheiser said.

Wilson said he's bailed more than 100 inmates out of jail in the last few weeks. He's planning a Thanksgiving dinner for them next week and said he plans to continue his efforts.