Carla Aiello ID'd as woman struck, killed by truck while riding bicycle on NW Side 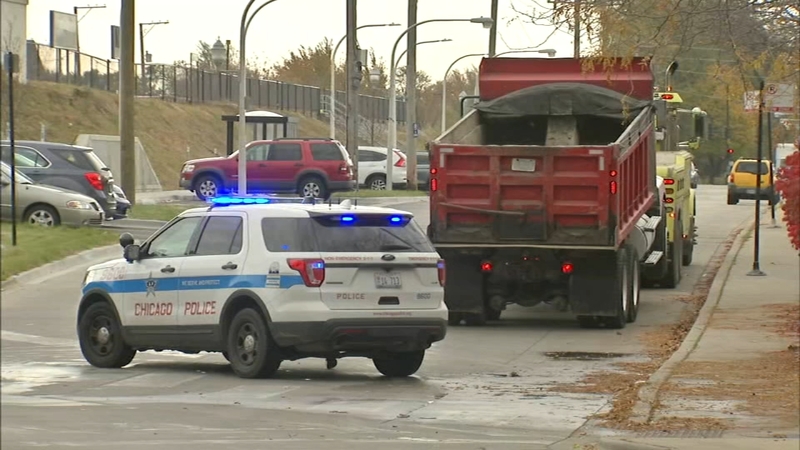 Bicyclist killed after being hit by truck on NW Side

CHICAGO (WLS) -- The 37-year-old woman who was killed after being hit by a dump truck while on a bicycle in the Old Irving Park neighborhood Wednesday morning has been identified as Carla Aiello, according to Chicago police.

Aiello was going southbound in the 3800-block of North Milwaukee Avenue alongside a truck at about 6:58 a.m. Police said the truck was turning right from Milwaukee Avenue onto Kilbourn Avenue at a green light when she was hit by the truck.

Aiello was in the truck driver's blind spot and rolled underneath the truck, police said. She was pronounced dead at the scene.

Aiello was a counselor at Josephinum Academy in Wicker Park. The school said in a statement: "We are deeply saddened by the sudden loss of our counselor, Carla Aiello. We extend our thoughts and deepest sympathies to her family and loved ones. Our Josephinum community of faculty, staff, students, alumnae, and volunteers are supporting each other and remembering the enduring legacy of Carla - her unending care and guidance to each and every person she served."

The Active Transportation Alliance advocates for safe travel, particularly for cyclists and pedestrians. The organization urges trucks to have enhanced mirrors and side guards. They also want limits on truck travel in the city, and for current bike lane signage and paint to be maintained.

Wednesday night Bike Lane Uprising activists formed a human wall along the busy stretch of streets. Their bodies, bikes and blunt signs were meant to make a statement about how exposed they are to speeding traffic.

"It's a bike lane. It needs to be respected. That's what they're there for," said Christina Whitehouse, Bike Lane Uprising organizers.

"Cycling is endangered by really entitled drivers," said cyclist Carl Beien. "Today was an example where somebody who was set up to fail with terrible infrastructure."

Some who live near the scene also noted that as traffic approaches the bridge, the road narrows.

"The cars are very inconsiderate," said Ruby Nava, neighbor. "They don't care, they're just trying to get from point A to point B."

The paint marking the bike lane has long since worn off the pavement, so cyclists were standing guard.

"I'm traumatized after today," said Nava. "I wouldn't want my children riding their bicycles. It's been bothering me all day that this poor woman lost her life. It was senseless. It could have been prevented."

"We're out tonight to actually protect the bike lane for commuters on their way home," said Whitehouse.