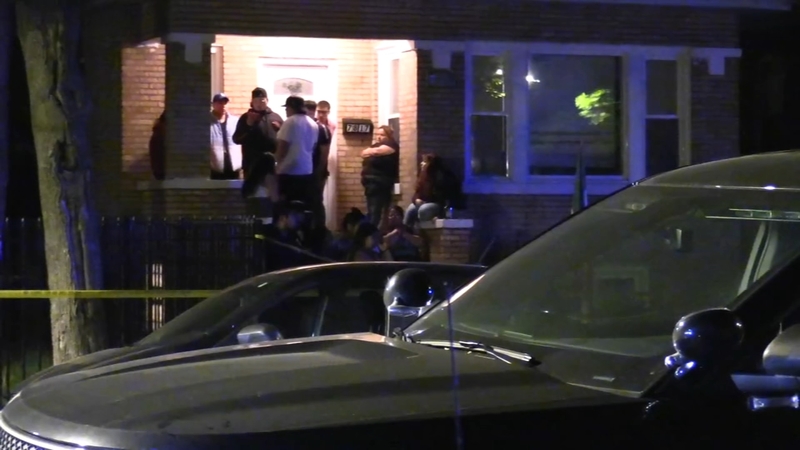 CHICAGO (WLS) -- Five people were shot, two fatally, early Saturday at a party in Gresham on the South Side.

The shooting happened shortly after 3 a.m. in the 7800-block of South Loomis Boulevard, according to Chicago Fire Department spokesman Larry Merritt.

One man transported to the University of Chicago Medical Center was listed as "grave," Merritt said. Chicago police later said a 26-year-old man was transported there after suffering a gunshot wound to the head and later died.

A 25-year-old man was also transported there in fair condition, CPD said, while a 21-year-old suffered a gunshot wound to the head and was critically hurt. The 21-year-old was also taken to U of C, where he later died.

A 23-year-old man suffered two gunshot wounds to the arm and was taken to Christ Medical Center in Oak Lawn in critical condition, Chicago police said. The fifth victim is another 21-year-old man who suffered a gunshot wound to the shoulder. He was listed in fair condition at Christ Hospital.

There is no one in custody, and Area Two detectives are investigating.