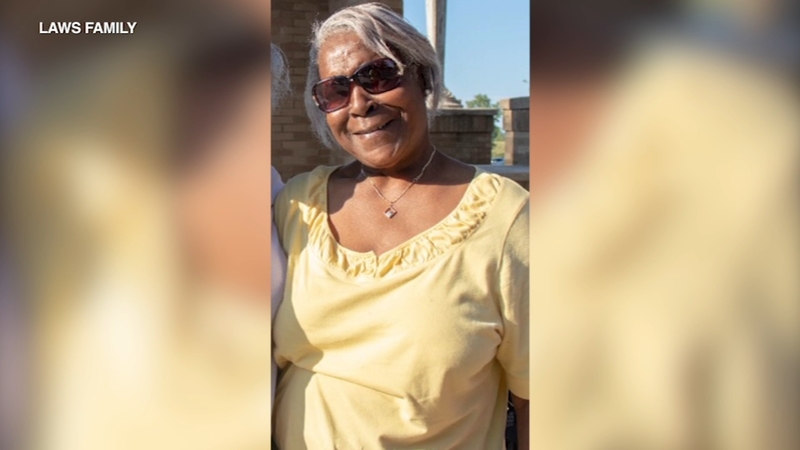 The car came to a rest after careening through two yards, a house and garage, killing Jaqueline Laws, the Lake County, Indiana coroner's office said.

Her family and friends said she wasn't supposed to die the way she did. It took only seconds, but left behind a lifetime of pain.

Relatives said what began as just another evening turned tragic when a vehicle ripped through the home of the family's 91-year-old matriarch.

"It's just so sad we have to go through this tragedy," brother Charles Alexander said. "I am not angry, but I am disappointed that people are driving down here so fast and caused this problem. Maybe if she wasn't driving so fast, she would have been able to maintain control over that vehicle."

It happened in the 2700-block of 25th Avenue about 8:30 p.m. as Mamie Laws said she and her sister helped get their mother, who uses a wheelchair, ready for bed, as they did most nights.

But when Jaqueline Laws went to the garage to get some supplies for her mother, the unthinkable happened.

"We just heard this large commotion, 'boom,'" Mamie Laws said. "It was indescribable. There was a flash, and everything went black. And I went to the garage, and there was nothing there."

Jaqueline Laws was killed as the SUV slammed into a tree after striking an electrical box and a gas meter, causing a small explosion and fire.

On Saturday afternoon, the grief-stricken gathered to comfort one another, as they remembered the kind and loving woman.

Called Jackie by friends and family, the Hammond resident had worked at a local high school for years, teaching children vocational skills.

"We love her," her sister said. "She was very much loved, and she will be very much missed."

A twin, she was devoted to her family and adult son, and had a unique bond with her 20-year-old niece, who was also twin.

The victim's sister said she saw the driver of the vehicle walk to an ambulance, which took her to a local hospital.