WLS
By Diane Pathieu
CHICAGO (WLS) -- Four people were rushed to hospitals after a medical helicopter crashed near the expressway Saturday night.

Superior Air released a statement saying in part, "At Superior, we are working quickly to gather additional information. In the meantime, our immediate concern is for the well-being of our crewmembers and the patient that was being transported. All are currently in the care of medical professionals. and we have specially trained team members assisting them directly...A company team of experts has been assembled and will be dispatched to the accident site to participate in an investigation, along with federal aviation authorities and the manufacturer of the helicopter...We thank everyone who has expressed support to our company, and we thank everyone for their understanding during this time."
Report a correction or typo
Related topics:
chicagofernwoodhelicopterhelicopter crash
Copyright © 2020 WLS-TV. All Rights Reserved.
RELATED 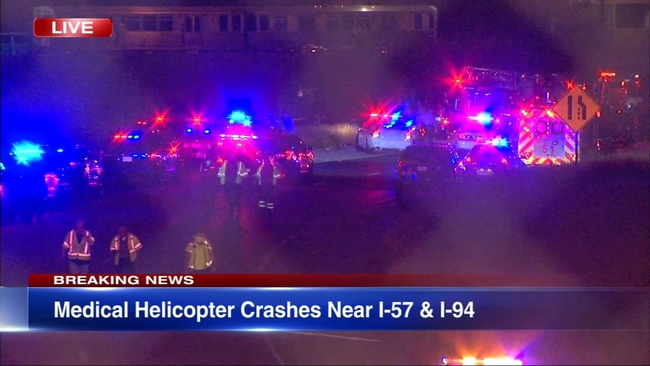