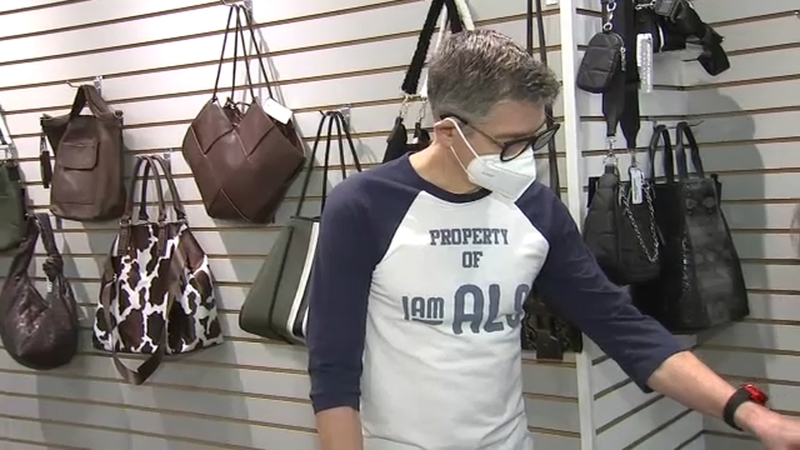 CHICAGO (WLS) -- New hope for people with ALS as President Joe Biden is expected to sign a bill this week that would authorize funding for research and treatment.

A local man battling the disease said this funding will expand access to treatment options.

Brian Andre is beating the odds after he was diagnosed with ALS five years ago. He has already survived beyond the life expectancy for most ALS patients and the $500 million Congress has approved to fund neurodegenerative diseases gives him hope.

"This bill will grant me access to experimental therapies I would not have access to," he said.

ALS, also known as Lou Gehrig's disease, slowly robs the body of muscular use, eventually making eating and even breathing impossible. It has progressed quickly in some patients, like former Chicago Bear Steve McMichael, who was recently hospitalized.

While there is no cure, supporters are hoping the government funding will change that.

The funding would appropriate $100 million a year for five year, starting in 2022.

"This is the most hopeful time since we started the organization more than 40 years ago," said Andrea Pauls Backman with the Les Turner ALS Foundation. "It's a promising time for research."

Until now, most funding for ALS research has come from private efforts. The ice bucket challenge that went viral on social media seven years ago raised more than $100 million in the U.S. -- a fifth of what Congress has approved.

Andre's wife, Lori, has raised hundreds of thousands of dollars for ALS research through her Lincoln Park shoe store. Currently, she's donating a portion of the sale of every handbag.

"It really does bring us hope," she said. "The fact we will have access to drugs will accelerate the research."