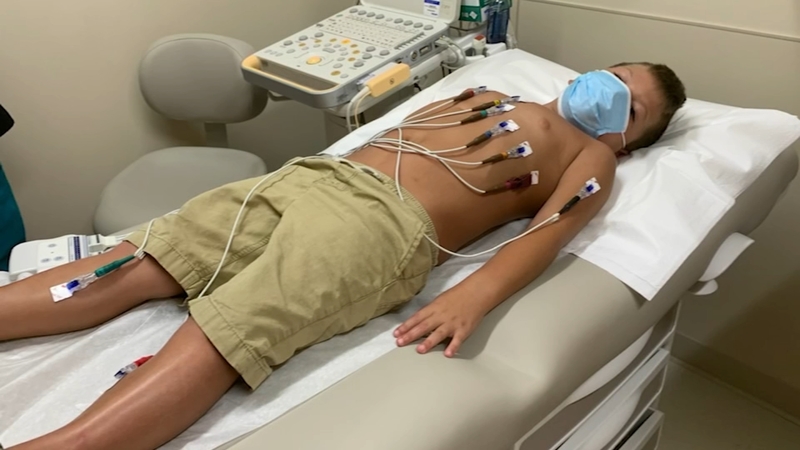 CHICAGO (WLS) -- President Donald Trump's Supreme Court nominee could threaten the future of the Affordable Care Act. The Supreme Court is scheduled to hear a challenge to the health care law one week after Election Day.

During the confirmation hearing Monday, Senator Dick Durbin referenced a suburban family that was protected by the act.

Kenny Murray is a thriving 1st grader learning how to read. But, the road to this point has been a tough one for this Tinley Park 6-year-old.

"Kenny was born with a complex congenital heart defect. When I was pregnant with him we found out he would need open heart surgery to survive," said Sue Murray, Kenny's mom.

By the time Kenny was 4 months old, he had two heart surgeries and had already hit the million dollar maximum on his parents' health insurance.

"If it was not for Affordable Care Act, he would have lost his health insurance at 4 months old," Murray said.

Democrats are pushing to keep the ACA in place.

A question over the law's individual mandate will be argued before the high court in November.

If Justices rule the mandate provision is not severable from the rest of the law, the ACA goes down, if not it stays in tact.

Law professors say how Barrett would rule is unknown.

Barrett told senators that she is "forever grateful" for Ruth Bader Ginsburg's trailblazing path as a woman on the court.

"Judge Barrett to the best of my knowledge has never decided a case nor in her role as a law professor written about the issue of severability as it applies to any statute including the ACA," said Daniel Rodriguez, a Northwestern School of Law Professor.

Murray urged the lawmakers and justices to consider the protections Kenny and millions of Americans need under the ACA.

Before the Supreme Court delivers its opinion on the ACA, Murray said she hopes lawmakers will come up with an alternative to the Affordable Care Act.