wls
By ABC7
CHICAGO On Thursday, the tree where it was discovered came down, and there's concern more trees may be infested.

The emerald ash borer is blamed for the destruction of more than 20 million ash trees in the U.S. and Canada since 2002.

The Chicago discovery was on the South Side at 29th and State Street.

The culprit, emerald ash borer, a tree-killing beetle smaller than a penny, is making its first appearance in Chicago.

"These trees are, like, they just hold memories. They're part of the community so we'd rather they stay here and the beetles to leave," said resident Dana White.

So far, the beetle has invaded at least one block in Chicago - State Street between 29th and 30th.

"It's one of the few streets where they have a lot of trees lined there and it's unfortunate this beetle has been detected in this area," said Russell Price, resident.

So now that it's here, Chicago's Streets and Sanitation workers expect to be busy. On Thursday, city officials announced an attack plan that includes spraying insecticides, cutting trees, destroying infected wood and using traps to catch the beetles.

"Our immediate priority is to control the spread of this infestation and try to save as many trees as possible. That's our ultimate goal," said Commissioner Mike Picardi, Dept. of Streets and Sanitation.

But that has been close to impossible across the Midwest. The ash borer beetle was discovered in Michigan in 2002. Since then, it's annihilated forests in several states, including Michigan, Indiana and Illinois.

"It's evident that the ash borer is going to continue to advance, continue to move, regardless of the most stringent, aggressive eradication procedures," said Steve Knight, U.S. Dept. of Agriculture.

In Chicago, the dead trees that are stripped and cleaned off will likely be used to make furniture.

"Even though the trees are dying and they have to come down, something good can come of it," said Professor Paul Pedigrew, Illinois Institute of Technology. 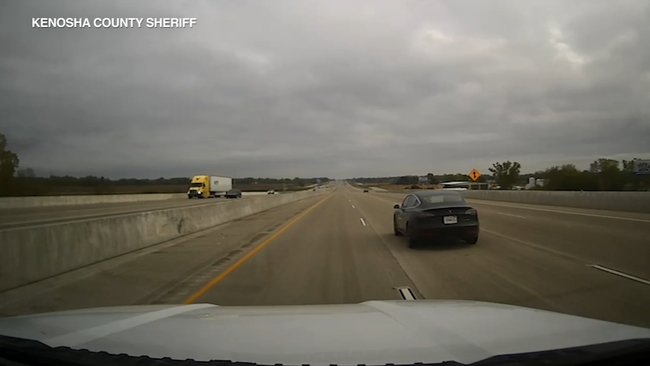