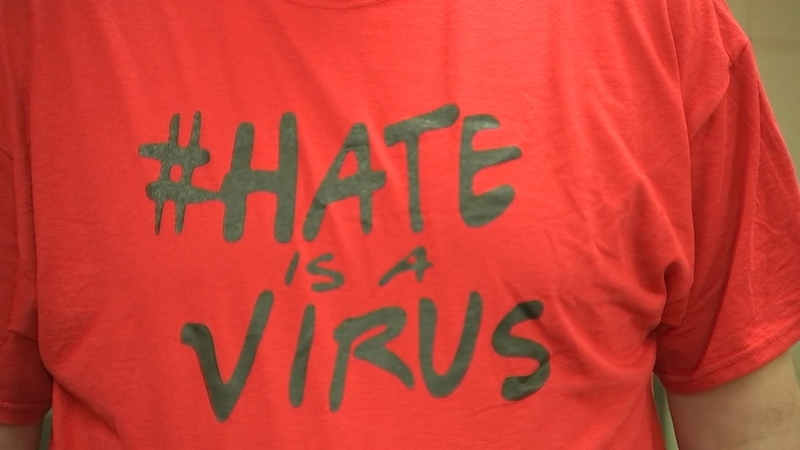 BOLINGBROOK, Ill. (WLS) -- The sophomore basketball team at Bolingbrook High School took a stand against hate at their game against Homewood-Flossmoor Tuesday night.

Their bright red shirts loudly proclaim that racism will not be tolerated. They made the shirts after an incident last week when anti-Asian slurs were yelled out during the varsity team's game against Joliet West.

The person who yelled the slurs has been identified and is not a student of Joliet West. Still, Joliet Township District 204 responded by banning the fan from all school events for the remainder of the year.

MJ Langit was on the court at the time and tried to ignore the slurs. He said he's dealt with them for several years of playing basketball.

"I was definitely disheartened because it's like, not again," he said.

The sophomore team witnessed what happened and rallied around their teammates, designing the shirts and crafting a statement that reads in part, "We will represent the unity we have for each other in our actions on and off the court."

The statement will be read in full in the gym before the teams take the court Tuesday night.

"I'm just so proud of our guys and how they handled this, not just the ones directly affected but our entire program," said Rob Brost, head basketball coach at Bolingbrook High School.

Langit said he hopes this is a step in the right direction.

"I have a little brother that's coming in and playing varsity in the years to come and I just want to illuminate this environment for him as soon as possible," he said.