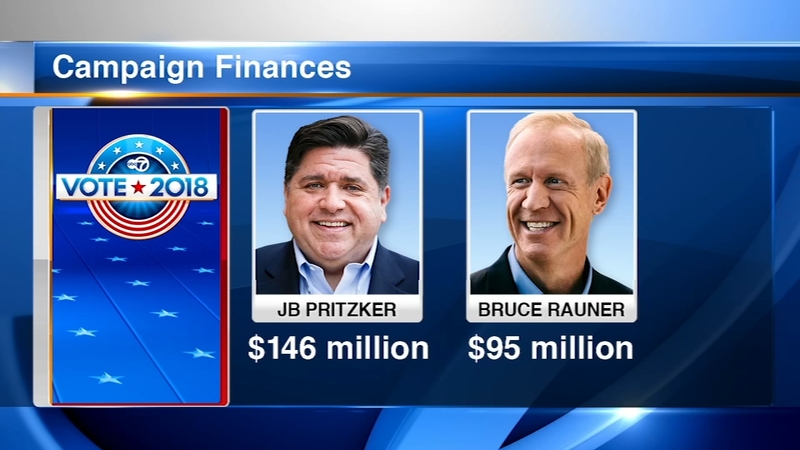 Rauner and Pritzker are worth the kind of money your average voter can't relate to. While both candidates have dipped into their wealth to fund their campaigns, the latest campaign finance filings show Pritzker has used over $146 million dollars of his own money compared to the governor, who has donated over $95 million to his campaign.

Their personal donations have made the race for governor the most expensive in Illinois history and possibly in the country.

"The national record is $280 million in California, but California is more than three times the size of Illinois. We are talking about, per capita, way more money that has been spent on any gubernatorial election," said Alisa Kaplan, Policy Director for Reform for Illinois.

Last quarter, the Pritzker campaign spent $26.7 million, almost twice as much as Rauner.

"In July, Pritzker was spending over $200,000 a day on his campaign, when you think of the kinds of things that could pay for, four years of college for example," Kaplan said.

The bulk of Pritzker's campaign fund is paying for advertising. So far, Pritzker has paid a Philadelphia-based political consulting firm nearly $56 million.

In addition, both Pritzker and Rauner gave large amounts of money to other candidates and political committees. That concerns the non-profit non-partisan group Reform for Illinois.

"This very top down system of a few very wealthy men are basically controlling the party and other candidates is what we find a bit worrisome," said Kaplan.