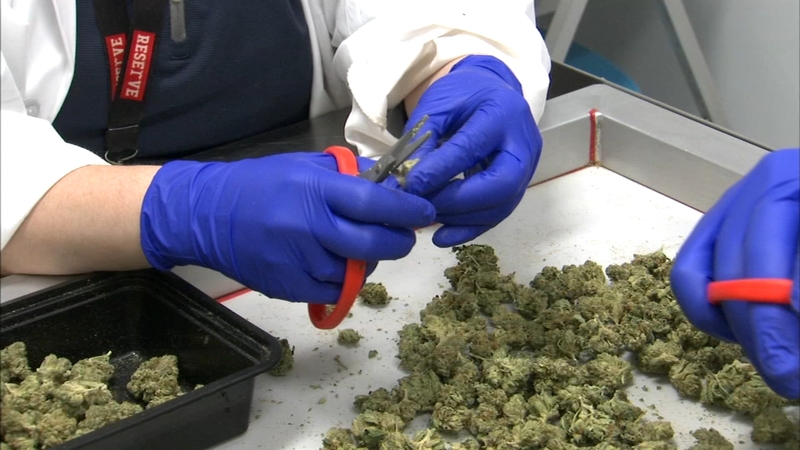 Sales totaled $39,247,840.83 and dispensaries sold 972,045 items in January after Illinois legalized marijuana on the first of the year, the department said.

"The revenue from the first month is an incredible look at what the potential could possibly be," said State Senator Toi Hutchinson, Illinois Cannabis Control Senior Advisor. "I just want to build a thriving and healthy industry that protects the public safety."

"Our location in Rockford, which is closer to the Wisconsin border, we are certainly seeing some significant sales numbers," said Jason Erkes, spokesman for Cresco labs.

Despite a slow and methodical rollout, Illinois has one of the biggest first month sales when compared to other states.

"It's more than double than Michigan did in their first seven weeks," said State Rep. Kelly Cassidy (D-Chicago).

Cassidy, who helped craft the legalization law, said while the numbers are impressive the first month did come with some supply problems. Some rec users were shut out, and product choices for some medical marijuana patients were limited.

"Was it a perfect roll out? No," Cassidy said. "Were there hiccups? Yes. We expected all of that, but certainly we were able to take lessons from other states and prevent some of the problems we see elsewhere."

The Illinois Department of Agriculture last month released applications for cannabis infuser, craft grower and transporter licenses. The applications are available at the IDOA's website and they will begin accepting applications on February 14. All applications must be submitted by 5 p.m. on March 16.