'You can do big things': West Side career fair hopes to change narrative for young Black life 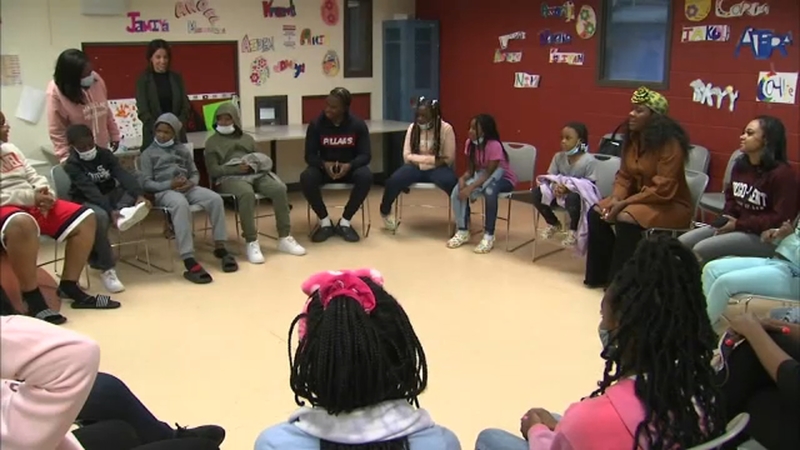 CHICAGO (WLS) -- They're hoping the change the narrative on young Black life by showing students of color in a positive light.

It's all a part of this year's career fair, sponsored by Marillac St. Vincent Family Services.

Kameron Smith hopes to one day become a professional athlete.

"To learn new things about a career because it's important," the 10-year-old said.

Ayara Binion wants to pursue medicine as a career.

"I want to be a nurse because my mom, she encourages me," The 7th grader said. "She cares for kids a lot and she's a nurse herself.

For a fourth year, the half-day event hopes to expose elementary and high school kids from underserved communities to career paths they may not otherwise have access to.

The day started out with a modified panel discussion, where the kids and the teens got a chance to interact and ask questions of the professionals who look like them.

"Just to show them that it's rough out here but if we all stick together -- work hard and still have fun -- you can do big things in this world," said Willis, owner of Pillars Clothing.

The weekend workshop also comes at a time when images of Black youth causing chaos and violence have dominated the City of Chicago.

Those, like Mya Howell, said they hope people won't judge them because of others' actions.

"It's hurtful because not all Black people are like that, it's just the images that you'll see," Howell said.

And while Howell and some of the other kids know they are doing the right thing, 11-year-old Korreon Scott hopes to be the change he wants to see.