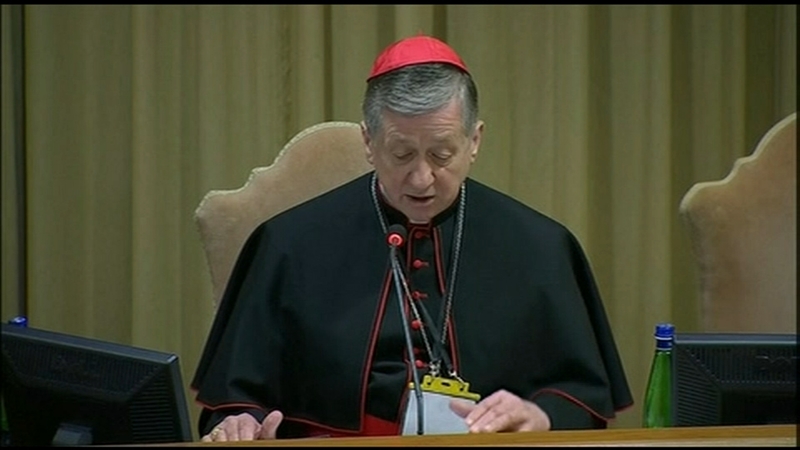 ROME (WLS) -- Friday is the second day of a never-before seen gathering at the Vatican.

Catholic bishops from around the world are gathered there to address the clergy sex abuse crisis and Chicago's Cardinal Blase Cupich spoke to the group.

Cardinal Cupich led the way in laying out the proposed guidelines for removing Catholic bishops who either abuse or do not properly manage abuse cases under their jurisdiction. The cardinal then described his vision for a 12-step process as Pope Francis listened attentively beside him.

Here's what Cardinal Cupich envisions: Treating anyone making an abuse allegation with respect, involving laypeople in conducting the investigation, the possibility of quickly suspending a bishop who is under investigation and if the abuse allegation is found to be credible, sending that information to the Vatican and eventually to the pope, who would make the final decision to remove a bishop from office.

All of this a proposal open for discussion by the bishop leaders gathered at the Vatican, but Cupich is seeking their approval.

Cupich is among the four top leaders chosen by the pope to organize the summit in the first place. With the pope at the cardinal's side, that sends a powerful message of who stands behind this idea.

If it is approved by the bishops and Pope Francis, this could become law in the Catholic Church and bishops, who answer only to the pope, would be held accountable for doing their jobs related to sex abuse and if they do not, they could be fired.