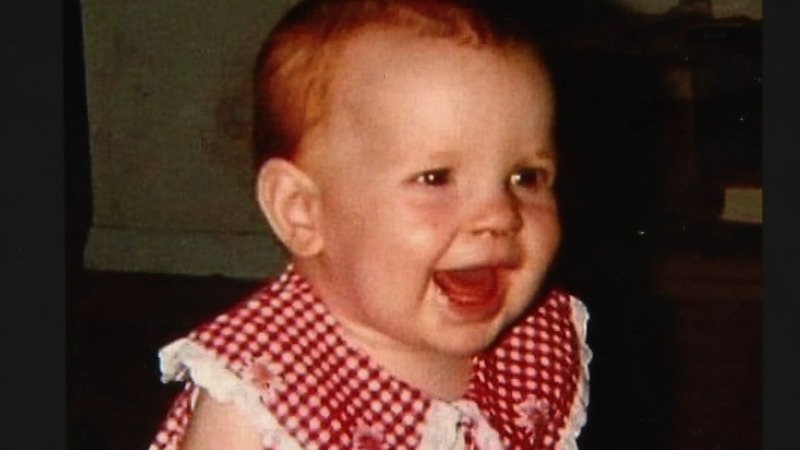 DIXON, Ill. (WLS) -- An Elgin man convicted of murdering and sexually assaulting a toddler two decades ago was released from a Dixon prison Thursday after serving just half of his original sentence.

Cayce Williams walked out of the state prison Thursday morning, but managed to evade the cameras.

Jesse Kley drove from Missouri to be outside the prison when his daughter's killer was released. Williams, 47, served 24 years for the murder and sexual assault of 20-month-old Quortney Kley in 1997.

"We wanted the death penalty to begin with," said Kley. Instead, Williams pleaded guilty and was sentenced to 48 years, but served only half of that. The Truth in Sentencing law would have kept Williams in prison much longer, but it was struck down before later being reinstated.

"We knew nothing about Truth in Sentencing. We assumed he would do 100% for the murder," said Kley.

Quortney's father got nearly 1,400 signatures on a petition asking the Department of Corrections to keep Williams in prison. Many Kane County law enforcement officials are also opposed to Williams release.

"It's horrific. Because of an error in the law he received a benefit he did not deserve given what he did to that poor baby," said Jamie Mosser, Kane County State's Attorney.

Quortney lived with her dad several months of her short life. He said the pain he feels from her violent death never goes away.

"I started to celebrate her life instead of mourning her death and it's all come back again like it was yesterday," said Kley.

Making her killer's release even more emotional for her family, this is the date, February 25, when Quortney Kley was killed. Her father said he planned to go to Elgin to visit her grave after leaving the state prison.

After being released on parole, the McHenry County Sheriff confirmed Williams had registered as a child murderer and sexual predator with an address in unincorporated Crystal Lake.

After registering with the Sheriff's Office, the local school district was notified of Williams' criminal convictions and his registered address.

"I understand the resident's concerns with Williams' release into our community. I want to reassure the residents that we proactively and continually verify all of our registered sexual offender's information to ensure that they comply with the Illinois Sexual Offender Registration Act.", Sheriff Bill Prim said.