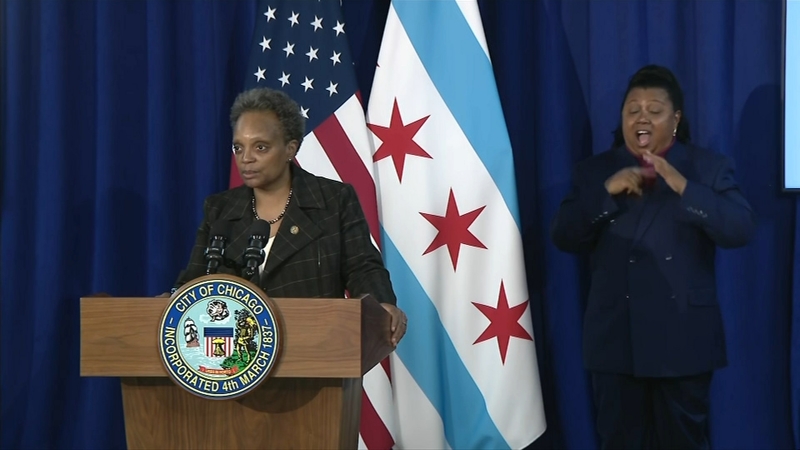 CHICAGO (WLS) -- Mayor Lori Lightfoot is pushing hard for her 2021 Chicago budget, with a vote on the plan in the City Council looming next week. She's already made one major concession on layoffs, but still faces pushback on her proposal to raise property taxes.

Lightfoot is still short of the 26 votes needed to pass her nearly $13 billion budget. Her proposed $94 million property tax hike, and its automatic annual increase tied to inflation, is a major sticking point.

"I still think the jury's out on property taxes, and specifically whether this is a modest event, $94 million, which is what it is, and the COLA which means for practical purposes you will be voting for a tax increase every year," said 44th Ward Alderman Tom Tunney.

Over the weekend, the mayor reached a deal with the Chicago Federation of Labor to save 350 union jobs from layoffs, offset by additional anticipated revenue from marijuana sales.

"Everyone knows that this is a very difficult set of circumstances, it's not ideal, it's the bests choices that we have under the circumstances," Lightfoot said.

The Civic Federation gave its qualified support for the budget, but expressed concern about the $1.7 billion refinancing package Lightfoot's proposed, along with its automatic annual property tax increase.

"The city's plan is to basically buy time until they can get through this and they can reopen the economy without, basically, overburdening a very fragile economy," of Laurence Msall, president of the Civic Federation.

The mayor dismissed calls Monday by a handful of aldermen to impose a logistics head tax on companies like Amazon and Walmart. She has introduced an ordinance to help restaurants by putting a cap on delivery commissions.

"We need to make sure that every bit of resources that can be earned by restaurants and their employees is maximized during this difficult time," she said.