Children were with father on way to Foster Elementary School to pick up laptop for remote learning, mother says

A 10-year-old girl was killed and her 5-year-old brother was critically injured in a crash as their father drove them to pick up a school laptop, their mother said.

CHICAGO (WLS) -- Chicago police said a child was killed, and another child was critically injured in a crash on the city's South Side Wednesday afternoon.

Chicago police said around 3:40 p.m. officers were attempting to pull a black sedan over in the 8000-block of South Halsted Street for traffic violations when it fled westbound on 80th.

The sedan first struck a gray car driven by a 57-year-old woman driving north on Halsted, then struck a tan sedan that was pulled over on the westbound side of the street. A 43-year-old man, 10-year-old girl and 5-year-old boy were in the tan sedan.

The children's mother, Darnesha Johnson, identified them as Da'Karia Spicer and her brother Dhaamir Spicer.

Johnson said her fiancé Kevin Amir Spicer was driving the children to Foster Park Elementary School to pick up Da'Karia's laptop for remote learning, which begins next week. He called her after the crash.

"He was hysterical," she described. "We've been together for almost 15 years and I've never heard him like that. He was saying, 'Mama's not responding.'"

She said Amir suffered broken ribs and other injuries in the crash and her son is fighting for his life.

"Worst day of my life," she said. "Never thought I'd get a call that my son is fighting for his life and my daughter is just gone."

Johnson said there's now a gaping hole left in their family without Da'Karia, which she said they'll never recover from.

"She will just make you like you are the most important person in the world to her," Johnson said. "That's how special her love was. And it just got taken away from me like that."

The 57-year-old woman driving the gray car was taken to University of Chicago Hospital in good condition for observation as well, police said.

Police said the occupants of the black car fled the scene on foot.

An investigation by Area 2 detectives is ongoing, police said, and a person of interest is being questioned.

Because the crash occurred while police were attempting to make a traffic stop, the Civilian Office of Police Accountability has opened an investigation into the crash, as has CPD's Major Accidents Investigation Unit. 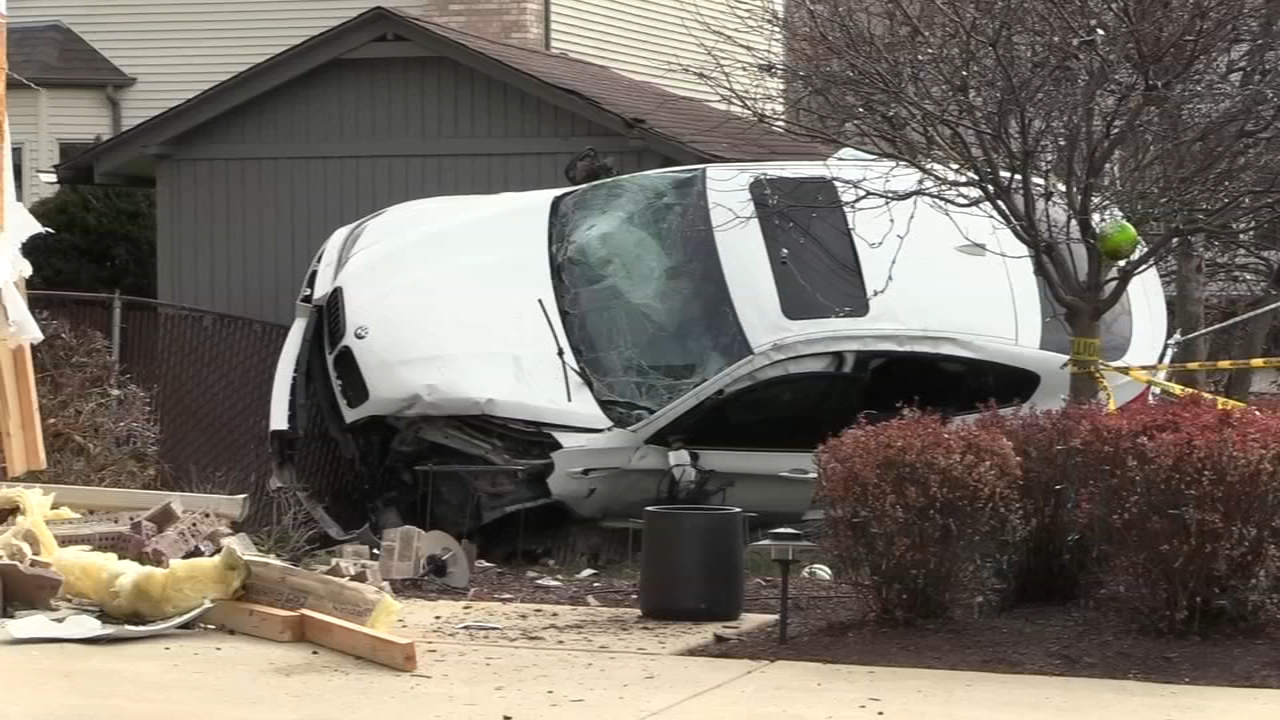