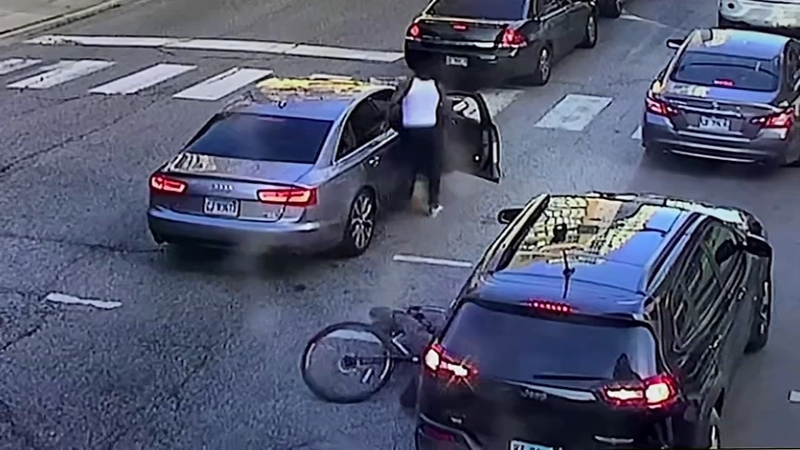 CHICAGO (WLS) -- A 69-year-old bicyclist was seriously injured in a dispute over litter in Edgewater.

Chicago police said Wednesday in the 1000-block of West Hollywood Avenue, the victim was riding his bike northbound when, while stopped at a red light, he saw a person in a car drop a small bag of food trash out of the window onto the street.


The bicyclist picked the bag up and placed it on the car's windshield and went to leave. While the man doesn't remember what happened next, surveillance video shows the passenger got out of that car and punched him in the head.


The victim's helmet was crushed, police said, and likely saved his life.