Bartender found stabbed to death in Kenwood remembered by co-workers: 'One of the sweetest people' 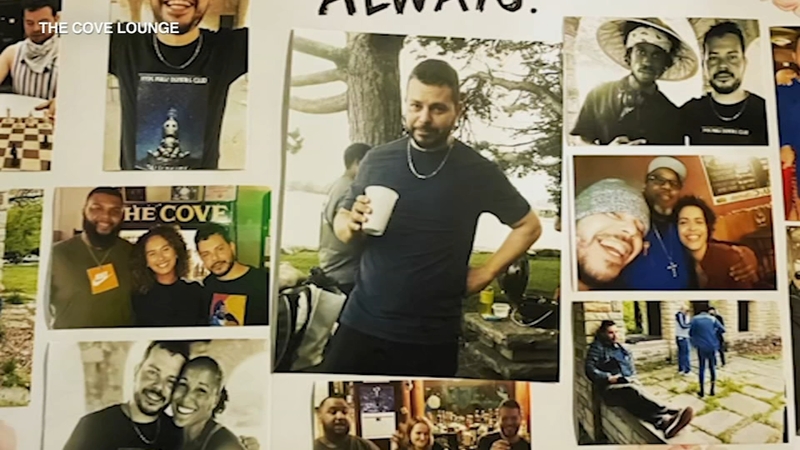 CHICAGO (WLS) -- Co-workers gathered Tuesday to remember a bartender stabbed to death in the South Side Kenwood neighborhood.

Diego Damis, 41, was found early Friday morning on a sidewalk in the 4900-block of South Greenwood.

Damis was an immigrant from Italy who became a regular at Hyde Park's Cove Lounge, and then started working there.

"Even though he wasn't related to us, he was all our brothers and we are completely hurt by this," said Maymey Seto, manager of Cove Lounge.

"He was Hyde Park, you know," said Sonnie Kireta, also a manager of Cove Lounge. "He came here from Italy, didn't know much English, and learned English throughout being in the area."

"Diego was, I think, one of the sweetest people and the most genuine, compassionate people that I've met in my whole life," friend Hamid Harris said.

The stabbing happened in the 2nd police district, which stretches from 31st Street to the University of Chicago. The district has reported five murders so far this year through Feb. 20, one less murder than during the same period last year, according to police statistics.

Reports of shootings, burglary and theft are all higher than they were in 2021.

Chicago police have not made any arrests in the case.