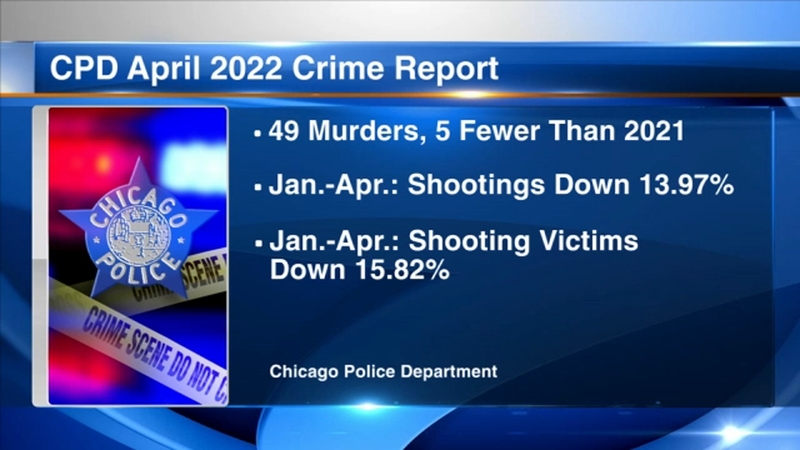 Citywide, there were 49 murders in April, which is five fewer than last April.

For the first four months of the year, shooting incidents are down nearly 14%, according to CPD.

The number of shooting victims are down nearly 16%, compared to last year.