Chicago protesters rally outside Mayor Lightfoot's Logan Square home
WLS
By Michelle Gallardo, Will Jones, Cate Cauguiran and Jesse Kirsch
CHICAGO (WLS) -- Many downtown Chicago businesses were getting ready to reopen their doors to customers this week, but now they're boarding up their doors.

In the Loop, convenience stores, fast food chains and clothing stores were damaged Saturday, with windows knocked out and graffiti strewn across facades. Crews could be seen boarding up windows and cleaning buildings early Sunday in preparation for another night of unrest.

Most of the bridges connecting the Loop to River North remain up, and numerous lane and road closures continue to be in effect Sunday.

Looting began to stretch to other Chicago neighborhoods and suburbs Sunday, as access to the city's downtown area was limited to only residents, business owners and essential workers.

Protesters gathered outside Mayor Lori Lightfoot's Logan Square home Sunday morning. Many were holding signs calling for police reform, while some banged pots and pans together. Several police officers were also there. No major problems or issues were reported.

Chicago police said 240 arrests were made Saturday. Those in custody were being transported to various stations across the city.

The Chicago Sun-Times reports officers struck multiple demonstrators with batons amid the protest.

At least six people were shot, one fatally, amid the protests. The fatal shooting happened about 11 p.m. in River North.

A 26-year-old man was walking on the sidewalk with another male in the 100-block of West Hubbard Street when he exchanged words with a male suspect in a car, according to Chicago police. The suspect got out of the car and started hitting the male with a handgun. He then shot the 26-year-old in the chest before continuing to hit the other person with the gun.

The man was pronounced dead at the scene, police said. The Cook County medical examiner's office has not released details about the fatality.

The suspect got back in his car and drove off, police said. No one is in custody as Area Three detectives investigate.

Earlier that night, three other people were shot in the Loop.

Two males heard gunshots and realized they'd been hit about 9:30 p.m. in the first block of West Jackson Boulevard, police said. Their ages were not immediately known. Both were taken to the University of Illinois Hospital in good condition.

Another man was critically wounded a few blocks away in the 200-block of North Michigan Avenue.

The 19-year-old was standing on the sidewalk when he heard gunshots and felt pain, police said. It was not immediately clear what time the shooting occurred. He went to Stroger Hospital on his own with multiple gunshot wounds and was listed in critical condition.

"They broke the glass the big glass and they were jumping around they broke everything in there," said Burnham Mart Owner Chirag Patel. "They are just looting, whatever they could grab."

Patel's small grocer on Wabash Ave. has survived a previous robbery and the COVID-19 pandemic, but Saturday night's looters took everything of value inside his store.

"They were like hundreds of hundreds of people walking from this main glass door," Patel said.

The store owner is determined to protect what he has left, cleaning up the mess and boarding up any possible entrance into his shop.

Several Bridgeport businesses owners report extensive damage after looters descended on their strorefronts over the weekend.

Farther up Wabash Ave, Chicago's iconic Central Camera Company store was damaged in a fire during Saturday's protests. Crews responded to the two-alarm fire in the 200-block of South Wabash Avenue, according to a tweet from the Chicago Fire Department shortly after 11:30 p.m.

"Hello, as you may have seen we did experience a fire in our store tonight," Central Camera wrote in a post on its Facebook page. "We have not had a chance to survey the damage. We will keep you informed on updates as we receive them. We will rebuild, and we look forward to seeing all of your faces once we re-open."

The store said it plans to set up a GoFundMe page to support efforts to rebuild and will post links to the fundraiser on its social media pages.

During a press conference Sunday afternoon, Lightfoot said "I stand shoulder to shoulder of those who have come out peacefully. And that's why I'm also hurt and angry at those who decided to hijack this moment and use it as an opportunity to wreak havoc, to loot and to destroy. You should be ashamed of yourselves."

CHECK IF YOUR COMMUNITY HAS A CURFEW HERE

Several other suburban Chicago communities has imposed curfews as vandals and looters continue to attack communities.

The curfew comes after thousands of demonstrators marched through the streets in Chicago's Loop Saturday to call for justice in the death of George Floyd.

Protesters armed with sticks and other weapons bashed in the windows of a Fifth Third Bank at State Street and Wacker Drive and entered it.

Several businesses appeared to have been looted, including a Zumiez and Dunkin'.

As the sun started to go down, fire engulfed a car on State in front of theWit Hotel. Chicago firefighters arrived some five minutes later and had to contend with protesters impeding their way as they attempted to control the fire.

Soon, more police in riot gear came from the south, where they were preventing protesters from marching north toward the river and meeting up with demonstrators on Wacker.

Three male protesters spoke on why they chose to rally Saturday.

"They get to walk for crimes that we would be sitting in there for life for," one said. "I know people that didn't even commit crimes and they're sitting that cell."

"They've been doing our people wrong. This is just payback; this is reparation," another said.

They said their approach to protesting was the only way they could make themselves heard, and they think community relations between police and residents would be better if officers were assigned to the neighborhoods in which they live.

Chicago protesters explained why they chose to rally Saturday.

"Dozens" of Chicago officers were injured during the protests on Friday, Brown said. One broke a wrist, as protesters advanced on police.

Most of those arrested Friday into Saturday faced disorderly conduct charges, but one individual was armed and faces additional charges, Brown said.

Parking restrictions will extend from Chicago Avenue south to Ida B. Wells Drive, and from Lake Shore Drive west to Wells Street, according to the Chicago Office of Emergency Management and Communications.

Parts of Lake Shore Drive are closed, and much of the bridges connecting the Loop to River North remained up early Sunday.

The Stevenson remains closed, but the other ramps reopened at 5 a.m. Sunday.

Driver Services centers scheduled to reopen Monday will remain closed for another day after a weekend of unrest in the city.

Facilities on the West, South and North sides will now open Tuesday, Secretary of State Jesse White's office said in a statement.

"Out of an abundance of caution because of announced lockdowns in the city of Chicago and after conferring with law enforcement, driver services facilities are being closed to protect the public and employees," White's office said.

Facilities in Illinois have been closed since March because of the COVID-19 pandemic but officials last week announced a plan to open Driver Services centers in a limited capacity starting Monday.

Man charged with impaling driver with crowbar during protest 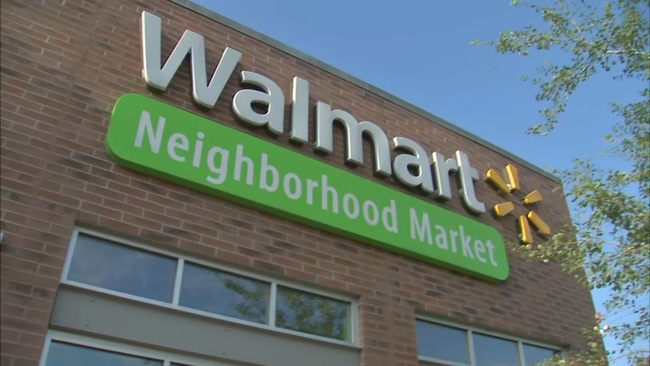 Auburn Gresham Walmart reopens after being damaged in looting 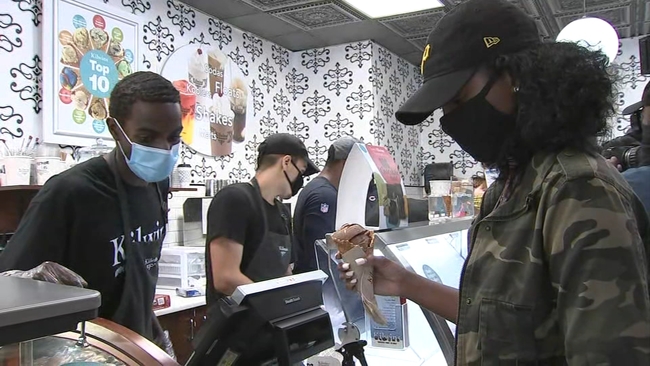