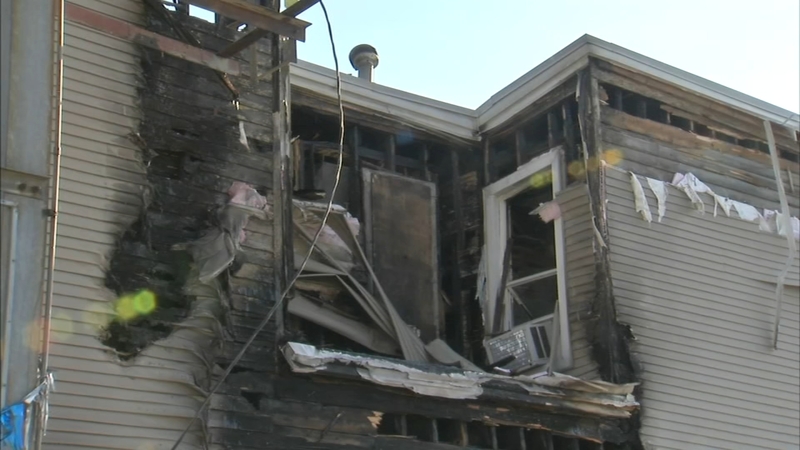 CHICAGO (WLS) -- Multiple good Samaritans have stepped in to help a teenager who lost everything in a fire over the weekend.

Julissa Duran and her family lost their home and their downstairs neighbor lost his life when flames engulfed a two-story building in the 5100-block of West Grand Avenue Saturday night.

"I still can believe that everything I own is gone," Duran said. "All of our photos and memories."

The 19-year-old part-time radiology student said her parents managed to retrieve some important papers, some jewelry, and a few other things from as they escaped the flames, but she wasn't able to save the textbooks she just bought for classes that begins Monday.

"I was going to start a math class on Monday but I dropped it now so I can get a refund, so we can use the money for clothes," she said.

But after hearing their story, several people stepped in to give the family the things they need. One man paid for Duran to stay in school. A woman donated a new wardrobe and some essentials.

The good Samaritans said they are simply doing the right thing by a family affected by a tragedy.

First-floor neighbor, 81-year-old Venancio Delfino, died in the fire. Firefighters said another person was also seriously injured and was rushed to the hospital.

A dog also died after the incident and another person refused treatment at the scene.

Sunday afternoon, the building's owner and landlord refused to say if the property is insured or if it had working smoke detectors.