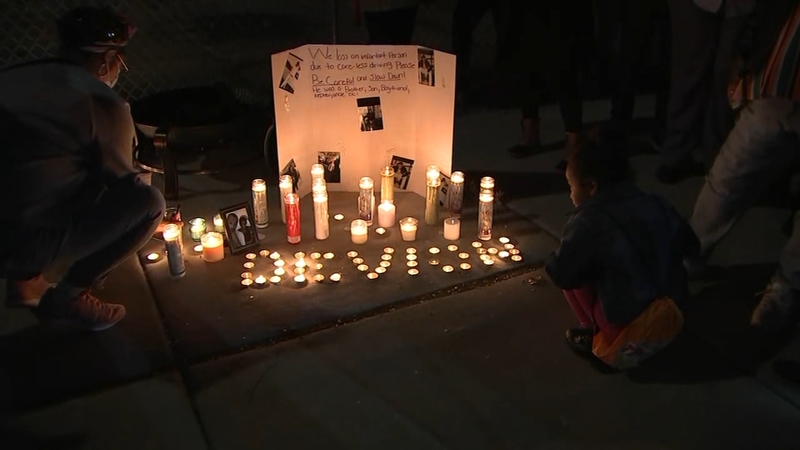 CHICAGO (WLS) -- A man delivering Uber Eats on a scooter was killed Friday in Pullman when he was struck by a hit-and-run driver.

Chicago police said just before 3 p.m. Friday a man driving a Toyota RAV-4 westbound on 95th Street struck a man on a motorized scooter/moped as he turned northeast onto Woodlawn Avenue.

The man was taken to University of Chicago Hospital where he died. Friends and family identified him as 20-year-old Davion Johnson.

The driver left the scene of the crash but later returned and identified himself, police said. Javier Ocampo, 23, was taken into custody and charged with leaving the scene of an accident resulting in injury or death a felony.