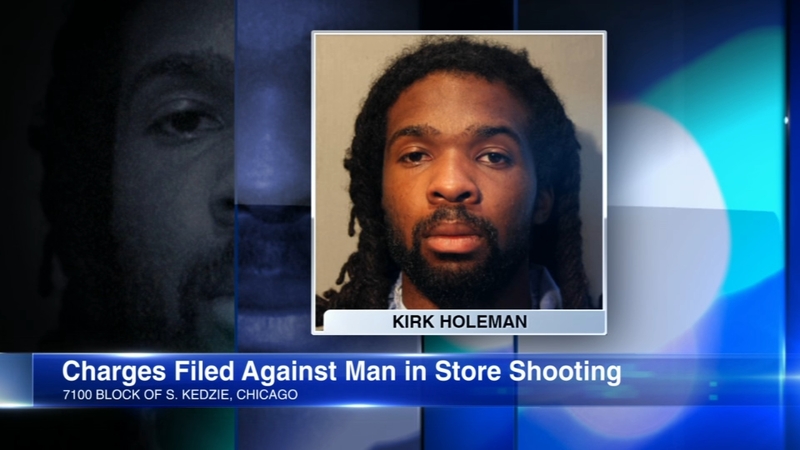 CHICAGO (WLS) -- A 22-year-old man has been charged with attempted murder in a shooting that injured a 50-year-old store clerk on the Southwest Side Thursday.

Surveillance video shows a man open fire and shoot a store clerk inside a Southwest Side convenience store Wednesday afternoon.

Police said Holeman was the longtime customer who opened fire inside the JJ Peppers store in the 7100-block of South Kedzie Avenue Thursday afternoon.

The shooting was captured on camera. The video shows the shooter pull up in a white vehicle and adjust his waistband where police said he had his gun. After the man walked into the store, the clerk said he asked him to put his shirt over the gun because he didn't want customers seeing it.

The shooter then ran out, got in his car and shot again through the front window of the store.

Police said Holeman fled the scene and to a home in the 7300-block of South Francisco Avenue. After a standoff with a SWAT team, Holeman was taken into custody.