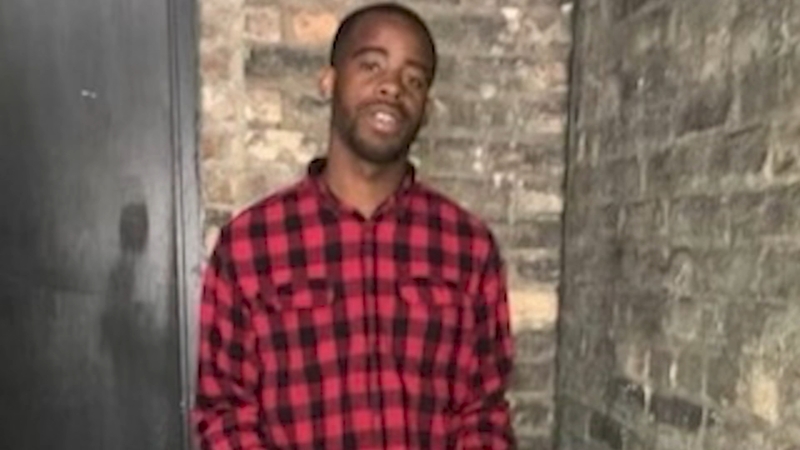 CHICAGO (WLS) -- One of the two people killed in the mass shooting at State and Chicago Thursday night was a father of two, with twins on the way, his family said.

Nine people were shot, two of them fatally, outside the McDonalds in the 800-block of North State Street Thursday night.

READ MORE: 9 shot, 2 fatally, on Near North Side

Family identified one of the victims killed as 30-year-old Antonio Wade. They said he apparently got into an argument with a woman there, which quickly escalated.

"My kids are two and three years old, and he built this bond with my kids," said Enyrah Murry, girlfriend. "Like, whenever he wouldn't be here my daughter still wakes up and looks for him all around the house. What am I supposed to do now?"

One of the men killed in the McDonald's mass shooting at Chicago and State Thursday night was identified by family as Anthony Wade, a father of 2.

A family member who didn't want to be identified returned to the scene to hang balloons in the spot she said her uncle was killed.

"He got two kids on the way who's not going to know their dad because somebody took that from them," she said.

"If my kids could understand, they would be just as heartbroken as me," Murry said.

Murry said the fight began when Wade apparently said something to a woman he knew from hanging out in front of the fast food restaurant.

"He exchanged words with a female and they had an altercation," she said. "Then, she went and got males and they came back."

Cell phone video from a neighbor in a nearby high-rise captured the chaotic fight which turned into a mass shooting.

"You're not hurting him, you're hurting us," Wade's niece said. "He's gone! Once you're gone you don't feel nothing. It's the family that's hurt!"

Parnelius Saunders' mother said she took off her own shirt and used it to staunch the bleeding after her son was shot 9 times at State and Chicago Thursday night. He survived.

Parnelius Saunders is still alive after the mass shooting, but was shot nine times, his mother said.

He was taken to Stroger Hospital where his condition was stabilized.

Kimberly Saunders said they live in the area and she walked over to the scene after hearing the shots. She found her son on the sidewalk, bleeding.

"And I walked up and my baby was there shot," she recalled. "So I took my shirt off and I was naked, and I was holding his wound and I was looking at the other two men."

She said one of the officers at the scene stopped to help her.

"He showed me how to cut his shirt off, how to wrap it up, so officer, I would love to see you because I know I was telling you I was scared and you helped me," she said.