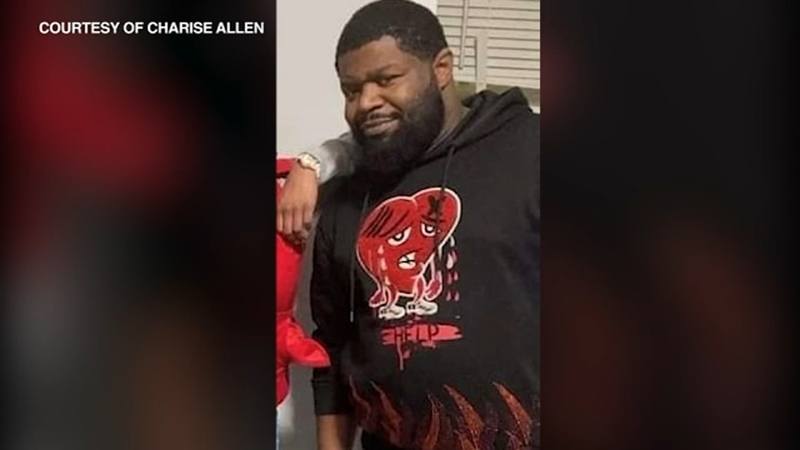 CHICAGO (WLS) -- Anthony Allen's family is still in shock and grieving after they say the 31-year-old father was among two killed in a mass shooting outside a Near North Side McDonald's last week. Seven other people were also wounded in the incident.

"I wish he was still here. I never in a million years thought I would get a phone call like that. Never," said Anthony's mother, Charise Allen.

The shooting happened outside the McDonalds in the 800-block of North State Street just before 11 p.m. Thursday, according to Chicago police.

The two men who have been charged, in what the judged called "a massacre," are being held without bail.

Prosecutors said Sanders admitted to tufting the gun before trying to escape in the subway.

That's where, prosecutors said he gave the gun to Abrams and both of them tried to run away before being caught.

It's a pain no parent should ever endure.

"It's just hard," Charise said. "And, it hurts. It hurts so bad. No mother should ever to bury her child."

Despite Charise moving out of Chicago to raise her youngest son, she said that very violence she was trying to escape would claim the life of her oldest.

"It was just getting ridiculous," she said.

The other man who died was one of Anthony's best friends, 30-year-old Antonio Wade, after police said Sanders fired multiple shots into the crowd.

"It stemmed from something that had happened earlier. Those guys had robbed somebody," Charise said.

That somebody, she said, was "Parnelius Saunders," a teenager and friend of her son's, who was also shot that night but survived.

Cell phone video shows the fight that police said led up to the shooting.

That's when the two parties spotted each other while outside a nearby restaurant, according to Charise.

"My son and a couple of other people tried to diffuse the situation. And, it didn't work that way," she said.

The escalated violence has now left Anthony's son without his father and a mother unsure how to move forward.

"They say it gets better. I'm just waiting on it to get better," Charise said.