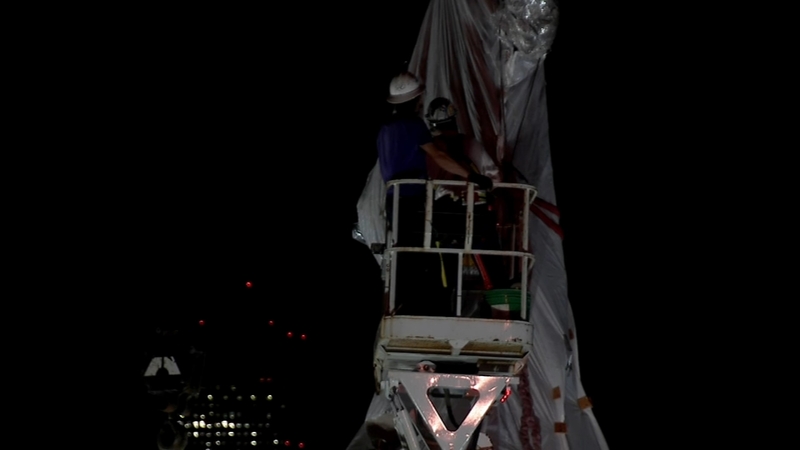 CHICAGO (WLS) -- The Chicago committee making decisions about the city's monuments is doing so behind closed doors, according to the Better Government Association.

The monuments project committee was formed after last summer's protests to assess the public art that could be removed across the city. The committee chose 41 city monuments, but made those decisions privately, according to the BGA.

Chicago residents are being asked to weigh in on 41 monuments around the city following last summer's protests.

Jackson filed a Freedom of Information Act request and received a 24-page packet of the committee's agenda and minutes but no documentation on anything else.

The city said the committee is not a public body, and therefore doesn't fall under the Open Meetings Act, but others disagree.