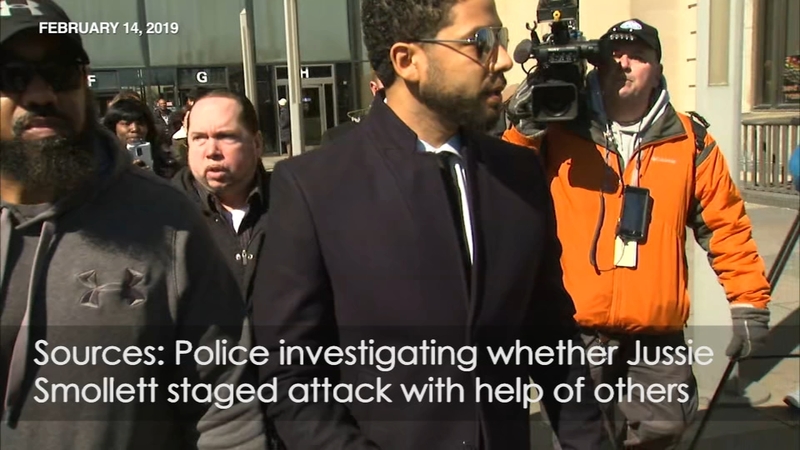 CHICAGO (WLS) -- Several stories dominated the local headlines in Chicago this year, but no story loomed quite as large as the alleged attack on and alleged hoax by "Empire" actor Jussie Smollett.

These were the top 10 most popular local news stories on ABC7Chicago.com in 2019:

Ten days after 5-year-old Andrew "AJ" Freund was reported missing by his parents, JoAnn Cunningham and Andrew Freund Sr. were charged with his murder. Prosecutors said AJ was forced into a cold shower for an extended period of time and badly beaten before he died. His parents then allegedly wrapped their son's body in plastic and dumped him in a shallow grave in the woods.

Both parents were charged with first-degree murder and aggravated battery. In early December, Cunningham pleaded guilty to murdering her son.

Chicago's lakefront is one of the city's most defining and beloved features. Runners, bikers, walkers, and beachgoers flock to the shore year-round to enjoy the lakefront trail, beaches, swimming, boating and other leisure activities. But with waves and water levels at near-record highs, satellite images from Google Earth revealed just how much Chicago's beaches are shrinking.

On an otherwise unremarkable Friday afternoon in west suburban Aurora, a man walked into his job at the Henry Pratt Company. He was summoned to a meeting room, where he was fired. He responded with a gun, opening fire on the executives in the room, on his co-workers on the plant floor, and eventually on the police who came to help them.

Five people were killed, five police officers were injured, and the entire city of Aurora was gripped with terror for hours.

The number of shootings in the city of Chicago have captured national attention before, particularly for Labor Day weekend in 2016. The city's gun violence is also a popular topic for President Donald Trump. Though CPD says shootings in the city are at a four-year low, one violent weekend in Chicago, which included a drive-by shooting near a playground in Douglas Park, captured our readers' attention in particular.

When "Empire" actor Jussie Smollett said he was the victim of a racist and homophobic attack on Jan. 29, celebrities and Chicagoans rushed to support him. When that story fell apart just weeks later, many were left stunned. (More on that in a minute, we promise.)

The Smollett saga appears on this list multiple times, but his first appearance in court, booking into the Cook County Jail, release on bond, and the allegations he staged the attack because of salary dissatisfaction had thousands captivated.

Even more shocking than when Smollett was let out on bond was when he was charged in the first place.

Smollett was initially charged with one felony count of disorderly conduct for filing a false police report regarding the alleged Jan. 29 racist and homophobic beating. ABC7 Eyewitness News obtained surveillance video of two brothers linked to the reported attack buying masks and supplies from a beauty shop in Uptown. By this point, the brothers were cooperating with Chicago police in the investigation into the alleged attack.

When Chicago police released their files and video of the Smollett investigation, the ABC7 I-Team dug into them. What they found was bodycam video showing officers arriving at Smollett's apartment the night he reported the attack, where they were greeted by the star with a rope coiled several times around his neck. He claimed two attackers doused him with bleach and put the noose over his head.

By this time, police had charged Smollett for multiple counts of disorderly conduct for filing false police reports, only to see the charges dropped in late February in exchange for community service and forfeiture of his $10,000 bond payment.

The community rallied strong around the Freund family after they reported 5-year-old AJ Freund missing. But about a week after the report, they were left stunned when his parents were charged with murder the day after his body was recovered in a shallow grave.

It started with one count of felony disorderly conduct, but a couple weeks later a grand jury returned a 16-count indictment against "Empire" actor Jussie Smollett for allegedly filing false police reports about a hate crime he allegedly staged himself.

The grand jury returned two separate sets of charges, one for each lie Smollett allegedly told.


1. Sources: Police investigating whether Jussie Smollett staged attack with help of others, allegedly being written off 'Empire' - February 14, 2019

After two weeks of support and sympathy from the community, and intense investigative efforts by Chicago police, sources told ABC7 Eyewitness News that police were investigating whether Smollett and two men, later identified as the Osundairo brothers, had staged an alleged racist and homophobic attack against the actor because he was being written off of "Empire."