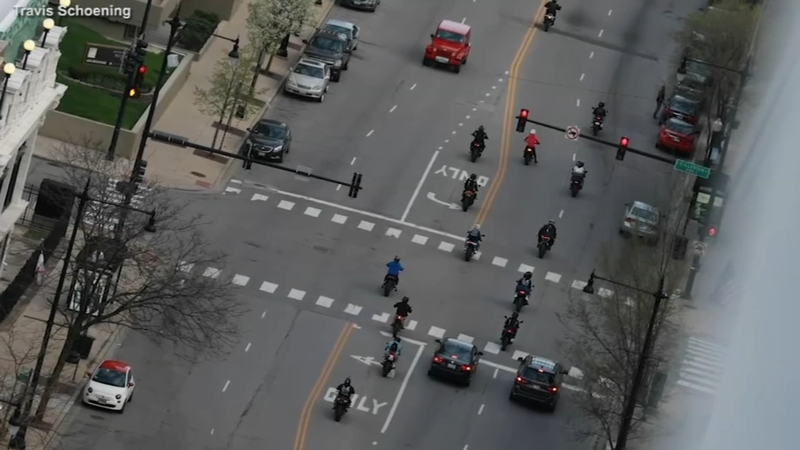 CHICAGO (WLS) -- Packs of motorcycles, numbering dozens, even hundreds of riders strong, have become an increasingly common sight, and sound, in Chicago.

For many residents, that's not a good thing.

Ksenija Glusac said the loud roar of bikers keeps her up at night, even though she lives on the 57th floor of a South Loop high rise.

Residents from the South Loop to the North Side say larger motorcycle groups are assembling late at night, usually on weekends, and riding through their neighborhoods with modified exhaust systems making them extra loud. Some residents have also reported reckless riding on sidewalks, and collisions or near-misses with pedestrians and other vehicles.

"Last night it was really loud," said South Loop resident Luke Hanley. "I was joking it sounded like one of those World War II movies with the dive bombers."

The city has established a task force which has impounded about 250 motorcycles because of repeated violations. But so far this year, based on the number of complaints, Hopkins said the problem seems to have gotten worse.

"We know it's a quality of life issue," he said. "It wakes people up in the night and threatens pedestrians and drivers. It's a serious problem."