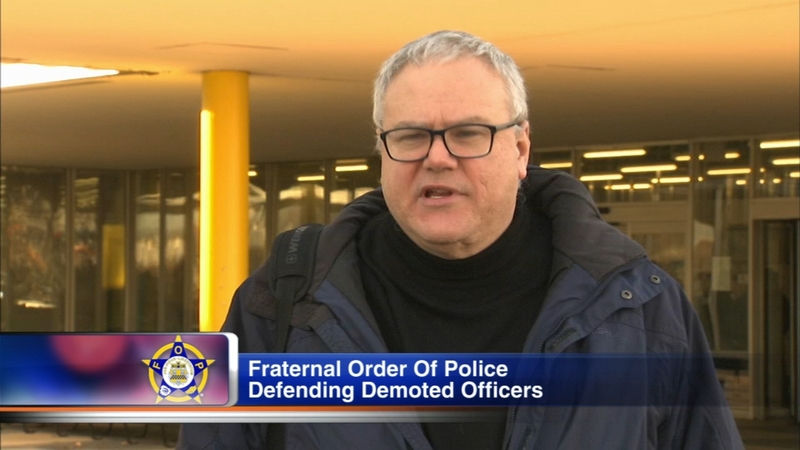 CHICAGO (WLS) -- The man who was seen on video being body-slammed during an arrest by Chicago police officers remains behind bars after he appeared briefly in court Thursday.

Officers tried to arrest Bernard Kersh Thanksgiving day after they said he was drinking vodka in public then spat in an officer's face. Kersh has been charged with resisting arrest and assault.

Accompanied by attorneys and activists including Rev. Jesse Jackson, Bernard Kersh's mother left court Thursday where she learned her son now faces a possible grand jury indictment for resisting arrest and other charges. The officers involved in his violent take-down arrest have been put on desk duty.

"My son could have been killed. I think more needs to be done," said Keshia Johnson, Kersh's mother. "This is like a slap on the wrist, they're just not on the street, they're at a desk. They're still working every day and my son is behind bars. He still has a severe headache."

"It's a felony attack, and he engaged in a takedown," said Martin Prieb, of the Fraternal Order of Police. "It's a sad day in Chicago when the criminals get more due process and rights than the officers do."

Video showing the officer slamming Kersh to the ground, hitting his head on the concrete, has prompted an outcry from activists and political leaders.

RELATED: Questions raised over charges against man seen on video being body-slammed by Chicago officer
"He was brutalized by this rogue cop when he slammed his head into concrete," activist Eric Russell said.

His family said Kersh is mentally ill and suffers from schizophrenia.

"He should have been in a hospital, not a jail cell," Rev. Jackson said.