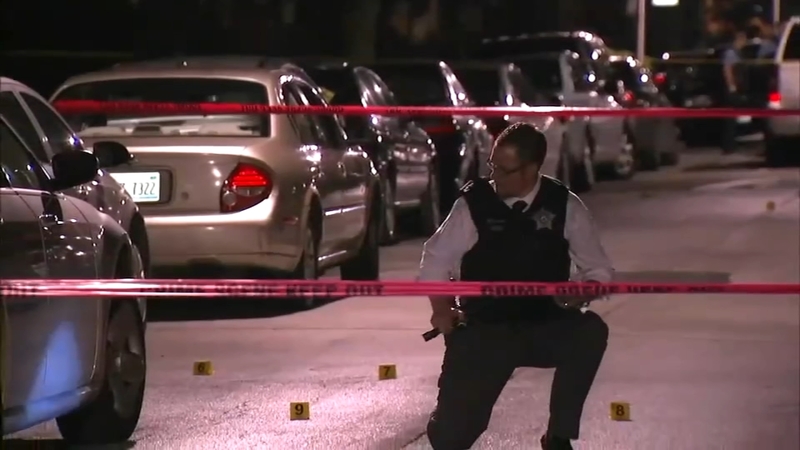 CHICAGO (WLS) -- Even though Memorial Day is three weeks away, Chicago police officials are ramping up staffing to head off possible holiday weekend violence later this month.

An internal CPD memo obtained by the ABC7 I-Team Monday night, and now being read at police district roll calls, orders that all days off be canceled for one full week between May 24 and 31.

Officers may also be put on 12-hour work shifts during that time "if operational needs arise," according to the memo. It is expected that downtown retail corridors will get special attention during that period as well.

CPD has increased staffing levels at times in recent years after especially high-crime weekends, but typically canceling just one day off across ranks. According to the police department order, the upcoming holiday will require that officers work straight through their regularly scheduled off days.

The canceled days has caused mounting frustration among the Chicago police rank and file.

"The escape from this job and the tragic things we see on a daily basis, to be able to go on vacation or even just spend time with your family at a barbecue, it is decompression time that is sorely needed," said John Catanzara, president of the Chicago Fraternal Order of Police.

Data shows that more officers left CPD in 2019 and 2020 than joined, and that trend only accelerated through the pandemic. According to the department, between January and October 2021 900 officers left the force while only 51 joined.

And the union has an unlikely ally in the fight.

"What are we going to do? We need more police," said Father Michael Pfleger. "Offer the good ones incentives. Yes, we have a shortage. My area, Englewood and Auburn Gresham, is in need. We need officers who are not exhausted. These are good officers who are exhausted."

The move comes as crime continues to increase across Chicago. In Lincoln Park, there have been a number of armed robberies and other thefts.

"We definitely need help, and I have no doubt that there are people out there that, they know exactly who these offenders are," Chicago Police Department Chief Brendan Deenihan said.
Just last week, a robbery and shooting left a man in the hospital with life-threatening injuries.


"I know 99.9% of the time they won't do anything in broad daylight with a lot of people around, but you just never know. That makes me nervous," Ashley Garza said.

Early Tuesday morning in the 600-block of West Cornelia Avenue, three people were robbed at gunpoint as they were walking in Lakeview. The suspects took off in a dark-colored sedan.

Residents voiced their growing concerns to police in a meeting Monday night.

"It's a little scary to know that this kind of stuff could happen," Meghan Nelson added.

Superintendent David Brown said Lincoln Park is among the neighborhoods receiving additional police resources over the coming days and weeks.