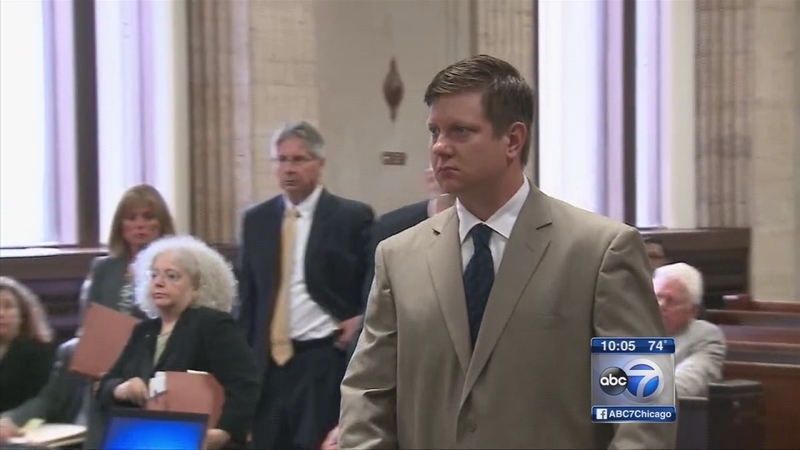 Along with Van Dyke, the other accused officers are Sergeant Stephen Franko, Officer Janet Mondragon, Officer Daphne Sebastian and Officer Ricardo Viramontes. It is the first time the department has named the officers.

Supt. Johnson first indicated he would move to fire seven officers for allegedly falsifying information in the Laquan McDonald shooting earlier in August.

"After considerable deliberation and a methodical review of the evidence presented by the Office of the Inspector General, we have filed termination charges against the affected officers for giving false statements during the investigation into the Laquan McDonald incident. This matter will now be adjudicated before the Chicago Police Board and the Department continues to cooperate with the ongoing criminal investigations into this incident," said CPD spokesman Anthony Guglielmi.

Van Dyke is charged with the violation of six rules and regulations of the Chicago Police Department, as well as a "specification" of the incident, according to the Police Board. The newly-filed department charges offer some insight into the exact kind of alleged misconduct.

Van Dyke is accused of making "inconsistent statements" about what happened the night he shot McDonald, including his claim that "McDonald ignored Officer Van Dyke's order to 'drop the knife'" and his claim that the teen attempted to kill him.

Dashcam video of McDonald's shooting, released only after a judge's order, also provided new evidence of a code of conduct among officers in how their reports matched each other's claims but not what was seen on the tape. The department said one lied when he said that McDonald, after being shot, "attempted to get back up with the knife still in his hand."

The other four officers are all accused of lying about the events of that night and not following department procedure.

"To speculate that these people have done that, based on what? I don't know that it's occurring, that's two dimensional video," said Dean Angelo, president of the Fraternal Order of Police.

McDonald, 17, was shot 16 times and killed by Van Dyke in October 2014. Van Dyke was charged with first-degree murder in November 2015 and pleaded not guilty. He claims he shot the teen in self-defense.

The Independent Police Review Authority delegated the investigation to the Office of the Inspector General, who recommended 10 officers be fired for their conduct. The police department agreed with seven of those recommendations. At the time that intent was announced, two of the accused officers had already retired. Since the announcement on August 18, a third officer retired and a fourth accused officer resigned Tuesday before charges were filed.

The department disagrees with one of the OIG's recommendations and has declined to file charges against that officer. In a statement, Guglielmi said, "Based on evidence gathered during the Office of Inspector General's investigation, there is sufficient doubt that [the officer] made certain statements that have been attributed to her in official CPD reports and an analysis has shown that there is insufficient evidence to prove that she willfully made any false statement."

Just two hours after police announced the move to fire the officers, the mayor was trying to turn the page as he announced plans for a new Civilian Office of Police Accountability and an inspector general to oversee police conduct.