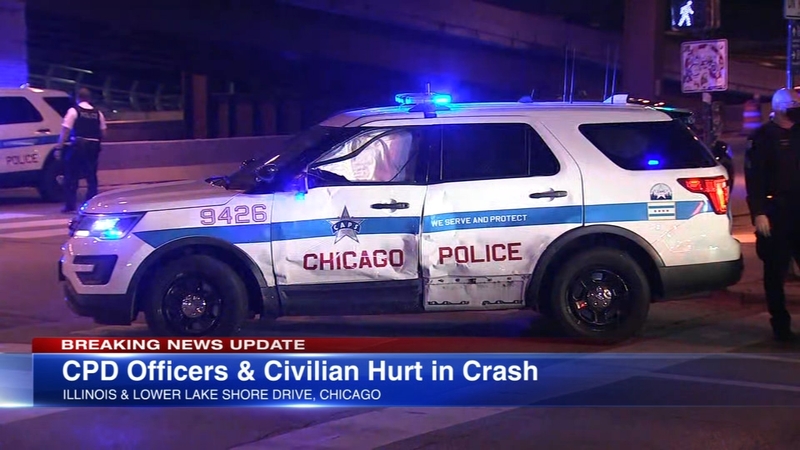 CHICAGO -- Two Chicago police officers were injured in a crash Thursday in Streeterville on the Near North Side.

A marked squad car was heading east with its emergency equipment activated at 8:41 p.m. in the 500-block of East Illinois Street when it was hit by a southbound Toyota Camry on Lower Lake Shore Drive, according to Chicago police.

A police source said the driver of the Toyota works for a ride-hailing service.

Two male officers were taken to a hospital in good condition, police said. Their injuries were not considered life-threatening.

A female passenger in the Toyota was taken to Northwestern Memorial Hospital in good condition, police said.

The 55-year-old man driving the Toyota declined medical treatment, according to police. he was cited for failure to yield to an emergency vehicle.