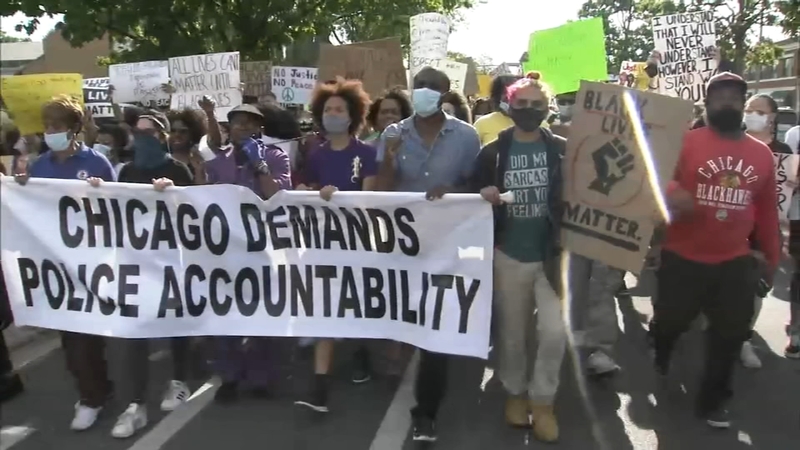 "I see white people, black people, brown people all fighting together," said Ford. "That means change is on its way."

"This does give me a lot of hope," said Illinois Senate Majority Leader Kimberly Lightford. "This is the generation that will make the change that we need to see."

The protest originated at the Oak Park police station on Madison, then marched down Madison into Chicago's West Side Austin neighborhood. As they entered Chicago, police picked up the group and offered an escort. No riot gear, just elbow bumps.

"Quite frankly, to me I think everybody is just fed up and tired," said Austin resident Deasia Dixon. "I don't agree with a lot of the things that's going on, but I think we're being heard, not just in the U.S. but globally."

In a moment not yet seen at a Chicago protest, speakers called for a round of applause for the police with them Thursday afternoon and, in return, police officers applauded the protesters.

The moment may signal something more.

"I really hope they get the message with this, and I hope this is the beginning to a new start," said Jaylyn Hanks, Austin resident.

The hundreds of participants spanned all ages, socioeconomic classes. The energy of the demonstration was charged and positive.

The demonstrators they don't just want to demand police accountability and reform and decry racism, but they also want to make sure the momentum of this moment carries forward so these visions can be seen through into reality.