Coronavirus Chicago: Here's what businesses can reopen next - and when 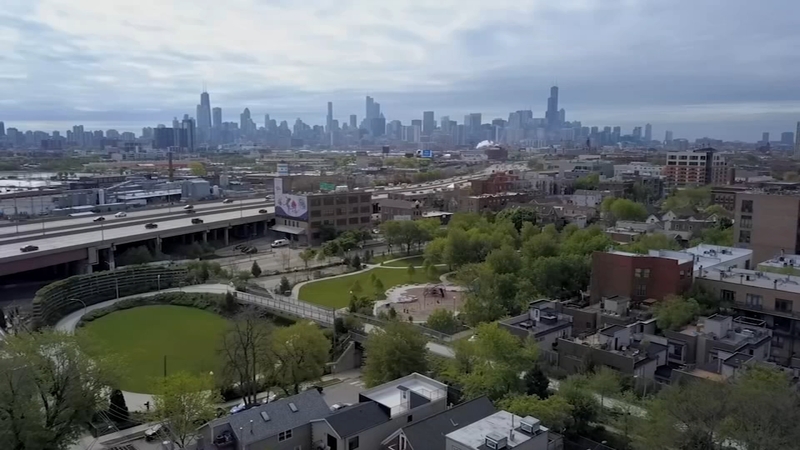 Coronavirus Chicago: Here's what businesses can reopen next - and when

CHICAGO (WLS) -- Mayor Lori Lightfoot is holding Chicago back from moving into the next phase of reopening along with the rest of the state next week.

Some Chicago restaurant owners have expressed disappointment after Mayor Lightfoot's announcement that the city won't be ready for outdoor dining by May 29.

Mayor Lightfoot said the city's health metrics show Chicago is not ready to transition to Phase 3 of Gov. Pritzker's Restore Illinois Plan on May 29. However, she said the trends suggest Chicago will be ready to move to Phase 3 in early June.

"Now I know that not having a certain date may be frustrating, but it's just a little more time," Lightfoot said. "And I know that we can do this, but we have to be smart and careful."

Daycare facilities, non-essential retail stores, hair salons, nail salons and restaurants with outdoor space can open as well. But the mayor says for restaurants to survive in a city with dicey weather, she is working on a plan for indoor dining with limited capacity

"I want to give the restaurant industry something that's real and something they can plan for," Lightfoot said

Lightfoot said she plans to offer more specific guidance in days to come for various industries.

"We are also on track for opening office space jobs, professional services with capacity limitations along with hotel lodging," Lightfoot said.

Gyms, camps, church services and the lakefront will open later this summer, but with safety precautions.

"Sorry folks, the Playpen is not going to be open this summer," Lightfoot said.

Nor will schools, playgrounds, bars, music venues or stadiums. While using extreme caution, Lightfoot said moving into the new phase is because the numbers look good.

Despite criticism from the White House Friday calling Chicago a hot spot for COVID, the numbers are going down, including in the African American and Latino communities.

But, the decline in positivity rates is still not where the city needs to be to open sooner.

While several summer festivals have already been canceled, Mayor Lightfoot said she expects to make a decision on Lollapalooza next week.

Some Chicago restaurant owners have expressed disappointment after Mayor Lightfoot's announcement that the city won't be ready for outdoor dining by May 29.

Some Chicago restaurant owners have expressed disappointment after Mayor Lori Lightfoot announced the city will not be ready for outdoor dining on May 29.

Lightfoot said the city is not ready for the next reopening phase and she did not give a specific date on when things will move forward, but it won't be next Friday.

She said the last thing she wants is to move too quickly and be forced to re-impose restrictions.

"There's no vaccine. There's no cure. We're still at risk, COVID is still here. It's still getting people sick, because people are still dying," Lightfoot said.

On Wednesday, Pritzker announced he would allow restaurants to open outdoor dining in the next phase of reopening. He expects the entire state will be ready to move to Phase 3 on May 29.

Lightfoot said May 29 isn't a magic date, just because it's the date the state can enter the next phase of reopening. The mayor is promising to ease restrictions, including at the lakefront, when it is safe to do so.

"Having thousands of people congregating on the lakefront is one of the surest ways that I know that we would have the kind of surge that would set us back, have us have to reimpose restrictions on mobility," she said. "I don't want either of those things to happen."

Many restaurant owners are disappointed and many were getting their patios open.

Lightfoot said restaurant owners and patrons will have to wait a few more weeks before that can happen. But for an already hard-hit industry, those extra weeks could mean some restaurants May have to close for good.

"It's a bummer!" said Amy Laria, owner of Flo restaurant in Noble Square. "It was starting to feel like we were getting back to some sort of normalcy."

Laria said she had a contractor come to her restaurant Thursday morning to develop plans for her outdoor seating area.

"To have a couple tables out here, be able to serve people again, you had that hope we were going in the direction, and it will be back to normal someday, and it stinks," she said.

The mayor said she understands the plight of restaurateurs, and said the city is still making progress in this pandemic, but progress that has to remain at a slow pace in order to not slip backwards.

The mayor said restaurants in the city will have to wait until June.

"It's sad," said Tetiana Zakaliuk, server at Tryzub restaurant in Ukrainian Village. "I was really expecting to see people come in here and sitting out on the patio, and enjoying our drinks and food."

David Miller, owner of Baker Miller in Lincoln Square, said the prolonged closure is fine by him; he planned to stay closed regardless.

"Until I feel that our team is not at risk or even other guests are at risk, we decided to take a risk and not open yet," he said.

Miller said he is not alone in his decision, and that the economic risk is worth it for the safety of his employees and his customers.

"To be honest, I'm not sure we'll be comfortable until a vaccine is released," he said.

All the restaurant owners ABC7 spoke to agreed that safety is the top priority, but until they can reopen the reality is their future still hangs in the balance.