Man fatally shot, crashes vehicle while driving on I-57 on South Side, Illinois State Police says 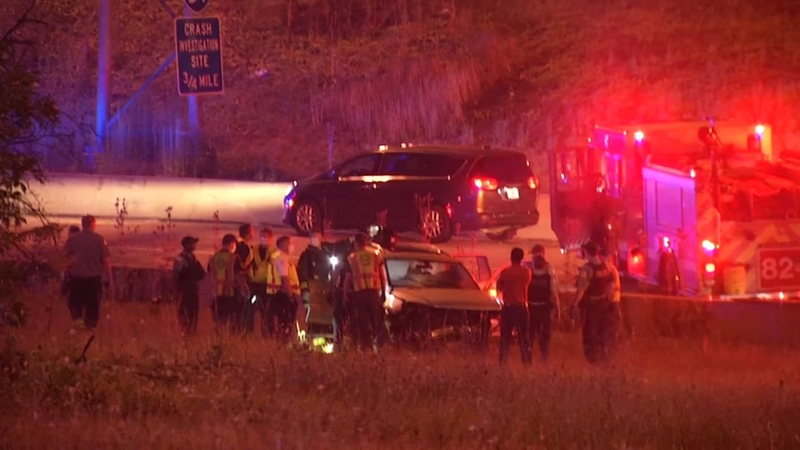 Driver fatally shot, crashes vehicle on I-57 on South Side: ISP

CHICAGO (WLS) -- A 25-year-old Chicago man was killed in a shooting Tuesday night while driving on Interstate 57 on the South Side, Illinois State Police said.

According to ISP, just before 9:40 p.m. police received a call about a possible expressway shooting and upon arrival, troopers found a vehicle on the side of the road.

Police said the driver was traveling north on I-57 when someone in another vehicle opened fire between Halsted Street and the junction with Interstate 94.

The victim was struck by gunfire and crashed his vehicle, ISP said. He was pronounced dead at the scene.

The Cook County medical examiner's office has not released any further victim information at this time.

No one is in custody and no other injuries have been reported.

Northbound traffic was diverted at 111th Street as police continued the investigation. All lanes have now been reopened.