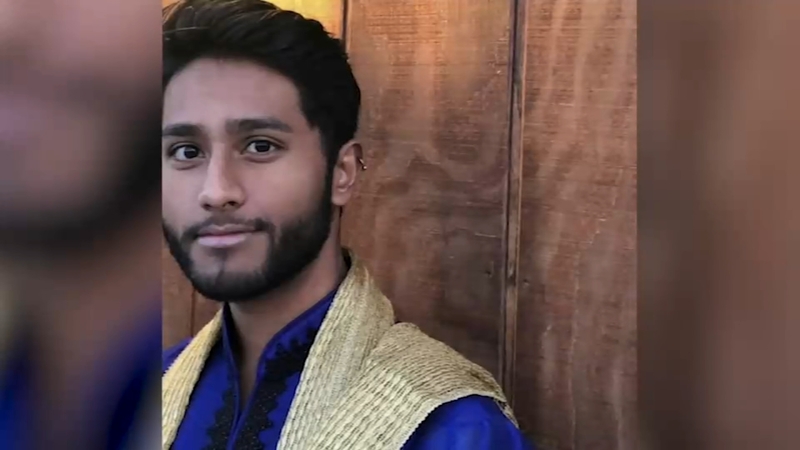 CHICAGO (WLS) -- Chicago police said a 26-year-old man was killed in a shooting in Palmer Square over the weekend.

Police said they were called to the scene of the shooting in the 2100-block of North Albany at about 3:30 a.m. Saturday. The victim was rushed to a local hospital, where he was pronounced dead.


Family identified him as Suraj Mahadeva, and said he was visiting a friend at the time of the shooting. They have many questions about what happened and who would target him.

"We are very heartbroken about this, and Suraj deserves justice," said his cousin, who asked to remain anonymous.

"He really lit up the room, he was always the first one to want to dance," she said. "Anyone who would have known him would have loved him and cared about him. We just can't understand how this could happen to someone like him."

Family said Mahadeva worked as a medical clinician for a local doctor's office. He was originally from Michigan with Sri Lankan and Philippine heritage, and was active in the Chicago's Asian community and in the LGBTQIA community, even mentoring for a local organization.


"If there is anyone out there who has more information about the crime, if they would come forward to authorities, we really want more answers for our family," his cousin said.

Chicago police are also looking for leads and encourage anyone who may know anything to contact them.