Morgan Park shooting during funeral injures 1; 2 others hurt by glass, including child 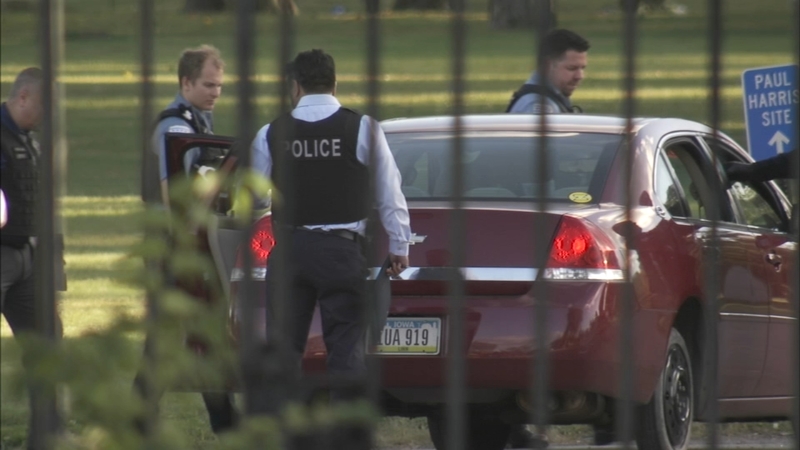 CHICAGO -- A man was shot and two other people, including a child, were hurt by broken glass during a funeral Wednesday at Mount Hope Cemetery in Morgan Park on the Far South Side.

A white car was blocking traffic while a funeral procession turned into the cemetery from 115th Street near Fairfield Avenue, according to Chicago police. The occupants of a black Dodge Challenger demanded to be let through the procession, and when the occupants of the white car refused, someone in the Challenger pulled out a gun and opened fire.

"It's terrible considering that someone is being laid to rest finally and people can't handle themselves," said Tommy Krumtinger, who lives and works nearby.

The shooter missed the white car but hit several other vehicles in the procession, police said. A 53-year-old man was hit in the left side of his back.

He was taken to Christ Medical Center in Oak Lawn, where his condition stabilized, Marionette Park Fire Department Chief Thomas Wendt said. He is expected to be OK.

A 7-year-old boy and 30-year-old man were cut by flying glass, police said. They were taken to Christ Medical Center in Oak Lawn in good condition.

Krumtinger said he heard the shots as he was working at a nearby school, where students had been released early.

"Kids are all walking home just about that time, so for them to be coming home and running into something like that, it's a shame," he said.

19th Ward Alderman Matt O'Shea said investigators were able to obtain surveillance video from the cemetery and a nearby pod camera. Both will be key in finding whoever is responsible for the shooting.
No one is in custody as Area Two detectives investigate.