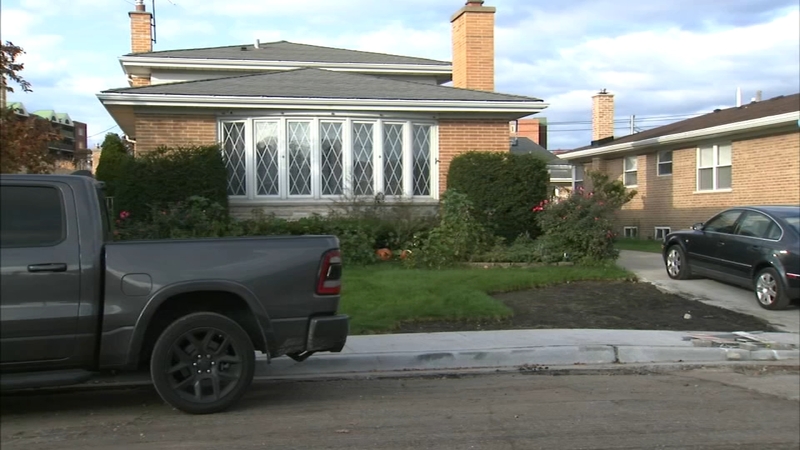 CHICAGO (WLS) -- An off-duty Chicago police officer died Tuesday night after he was shot by his wife, who is also a CPD officer, on the Northwest Side, sources said.

The shooting took place in the 8500-block of West Winona Street near O'Hare International Airport shortly before 8 p.m., inside a home.

Chicago police said the 44-year-old male officer "sustained a gunshot wound to the body." He was taken to Lutheran General Hospital in very critical condition, where he died.

The Civilian Office of Police Accountability tweeted they were "alerted to an off-duty officer-involved shooting" on that block. They said COPA investigators were responding to the scene.

Chicago police did not confirm whether this was a domestic incident, but did confirm both people involved in the shooting were off-duty CPD officers. Police also have not said who pulled out the weapon involved, or if there was a struggle over it.

It was not immediately clear if anyone was in custody.

The investigation is being handled by Area Five detectives and COPA, police said.

A somber procession for the fallen officer was held early Wednesday morning, as his body was taken from Lutheran General to the Cook County Medical Examiner's Office.

In a statement, CPD Superintendent David Brown said, "Last night we lost a member of our Chicago Police Department family in a tragic shooting incident at his home last night. I ask for prayers on behalf of this officer's loved ones as they mourn.

The quiet neighborhood, just a few yards from an elementary school, where the shooting took place is reeling.

Carved pumpkins still sat in front of the home where the incident occurred Wednesday morning.

"I'm kind of actually really disappointed that it happened so close to the school; there's a lot of kids in this neighborhood," said Jacqueline Nugent, who works at Everette McKinley Dirksen Elementary.

The school is just two doors down from where the shooting took place. Nugent said kids could have been outside when gunfire erupted.

"We have activities after school. These kids are still leaving at that time, so definitely frightening," she said.

Keith and Cheri Franson are now worried for the children they bring to the elementary school.

"Two police officers who are supposed to protect us just get into such a violent dispute. It's just a horrible and a sad feeling for all of us," Keith Franson said.

The female officer involved has been put on routine administrative leave.

Neither Chicago Police Superintendent David Brown nor Mayor Lori Lightfoot immediately responded to requests for comment on the incident.