'I was worried I'd never see my family again.'
WLS
By Evelyn Holmes 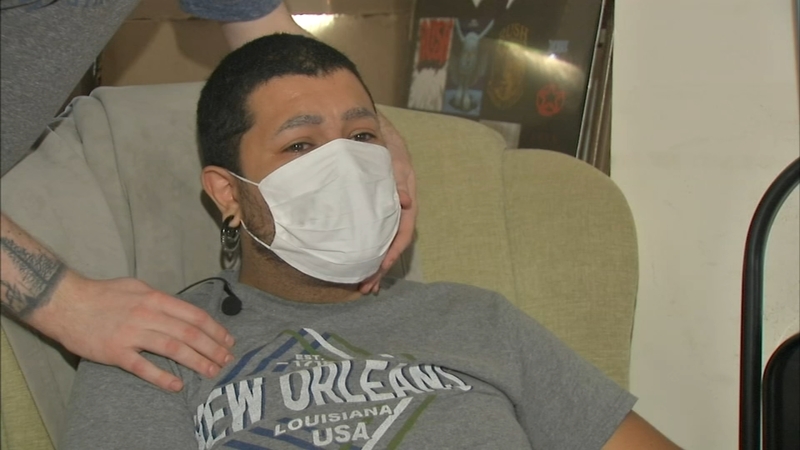 2 men say they were shot in Lakeview road rage incident

CHICAGO (WLS) -- Two men are recovering after being targeted by gunfire while driving in the city's Lakeview neighborhood early Friday morning.

"I was worried I'd never see my family again, or him," the 27-year-old man said as he was comforted by his partner after he said a road rage incident could have claimed his life.

The Chicagoan agreed to appear on camera if we only used his nickname, Badger. He's home recovering after suffering a gunshot graze wound to his right leg following an altercation with another driver in the 1400-block of West Addison.

"Not knowing how serious the injury was," said his partner, Tyler. "I was worried that my friend was going to die."

The unexpected happened overnight as Badger, his partner Tyler and two friends traveled home after enjoying a drag competition at Charlie's Chicago, a North Side bar.

Badger said he was driving west on Addison when he noticed a blue sedan with tinted windows behind him driving erratically. When the vehicle tried to pass him, he says he honked to warn another motorist about the speeding car.

The two backseat passengers were unharmed, but both Tyler and Badger were grazed by a bullet that passed through the passenger side door.

"It hit their pants," Badger said. "It made a hole in it, but it didn't... They had a Chapstick in there that exploded because of the bullet. But right after that, it went into him and then me."

Badger suffered a graze wound to his right thigh, but still managed to drive to a nearby hospital and get everyone to safety.

Badger, who is a dog walker with no health insurance, will be on the mend for the next few weeks.

And while Chicago police continue their investigation, the lifelong Chicagoan says he now plans to leave the city he loves as he struggles to make sense of why he was targeted.