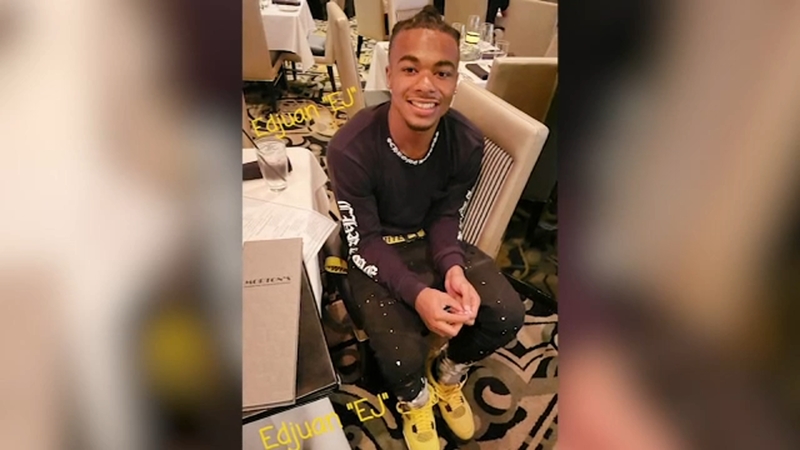 CHICAGO (WLS) -- The family of an Oak Park man, who was shot and killed on his way to a Super Bowl party last month, shared fliers Thursday, hoping someone will share information about who murdered him.

Edjuan Wilson, whose family called him EJ, was gunned down in the 5900 West Madison in the city's South Austin neighborhood.

"It's very hurtful," said his father, Edwin Wilson. "It's a hard pill to swallow. He was 21-years-old -- had his whole life ahead of him. He was a talented guy."

The 21-year-old was a college student who loved performing rap. He played football and basketball at Oak Park River Forest High School.

Wilson was shot multiple times on the sidewalk coming out of a Subway.

"All we are looking for is justice and the people who did it," Wilson's father.