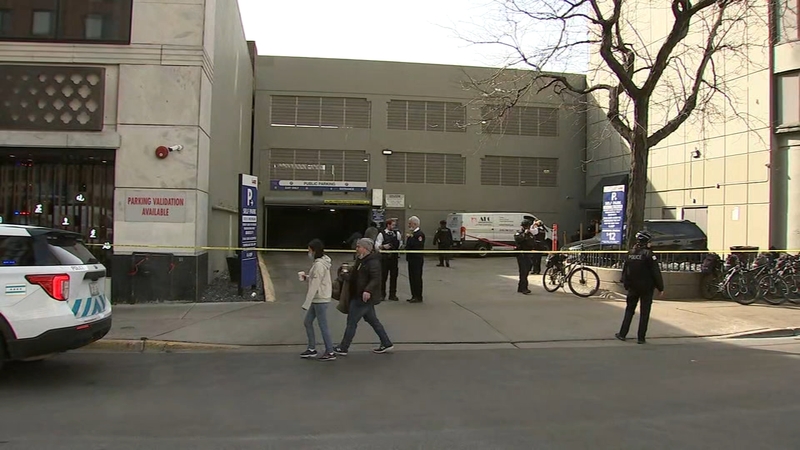 Adam Davis has been charged with aggravated battery/discharge of a firearm, aggravated assault/use of a deadly weapon and violating the concealed carry act.

He was arrested just before 3 p.m. Monday minutes after he shot the 52-year-old and was involved in a physical altercation with a 44-year-old man in the 1200-block of South Michigan Avenue, CPD said.

The 52-year-old was inside a parking garage when he was confronted by the suspect, who pulled out a gun and opened fire, according to police.

The victim was struck in the leg and taken to Northwestern Memorial Hospital in good condition.

Police said a gun was recovered.

RELATED: CPD searching for suspects after 7 injured in South Chicago shooting: 'It's unacceptable'

CPD did not offer a motive for the shooting, but residents said there has been an uptick in carjackings and car thefts recently.

August said her car was stolen last month from the front of her apartment building, which is connected to the garage where the shooting happened Monday.

"If you leave your car on, they're taking your car. If you have a nice car, an Audi or a Lamborghini, it's got to be a foreign or something nice, they're taking people's cars," she said.

There was a large police presence near Michigan and Roosevelt Road at the start of the evening rush, but traffic was moving.