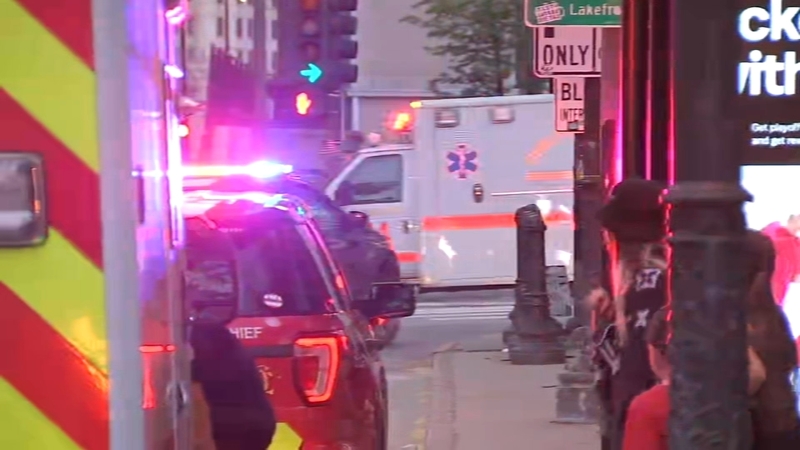 CHICAGO (WLS) -- A teenage boy was shot and killed near the Bean on Saturday night, the Chicago Police Department said.

The boy, 16 years old, was in the Loop's 200 block of East Randolph Street when he was struck by gunfire at about 7:30 p.m., Chicago police said. He was struck in the chest.

The victim was transported to Lurie Children's Hospital, where he was pronounced dead, police said.

At least two people of interest were taken in for questioning and at least two weapons were recovered, police said. Area detectives are investigating the shooting.

Police said hundreds of young people were at Millennium Park and began flooding surrounding streets. Officers were called in to clear the park.