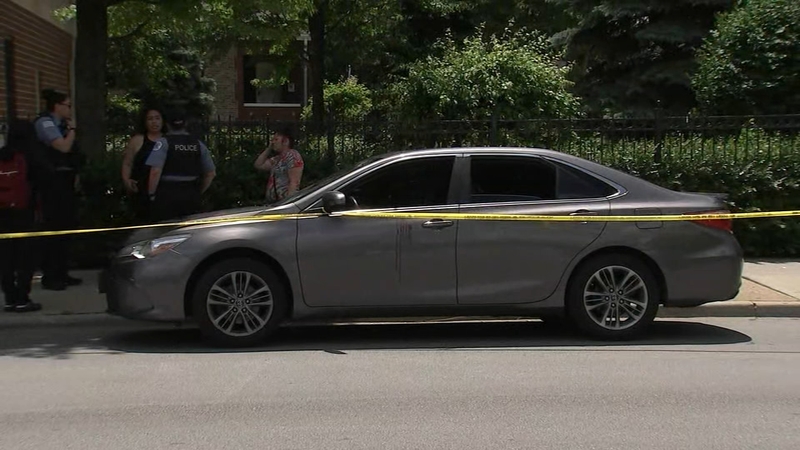 CHICAGO (WLS) -- A man and a teen were injured when they were shot while driving in the Belmont Cragin neighborhood on Chicago's Northwest Side Thursday morning.

Chicago police said someone in a black SUV, possibly a Ford Escape, opened fire in the 4700-block of W. Wellington around 11:32 a.m.

Chicago police investigate after a man and a teen were injured in a Chicago shooting today in the Belmont Cragin neighborhood near Wellington and Keating.

No other injuries were reported, but dozens of shell casings were visible on the ground in the intersection near Wellington and Keating. At least one bullet struck a building at the corner of Wellington and Cicero.

Cars with windows shot out were spotted nearby at Belmont and Kilpatrick, and also along Wellington half a block west of Cicero.