'We just gotta do better,' one parent said
WLS
By Diane Pathieu and Karen Jordan 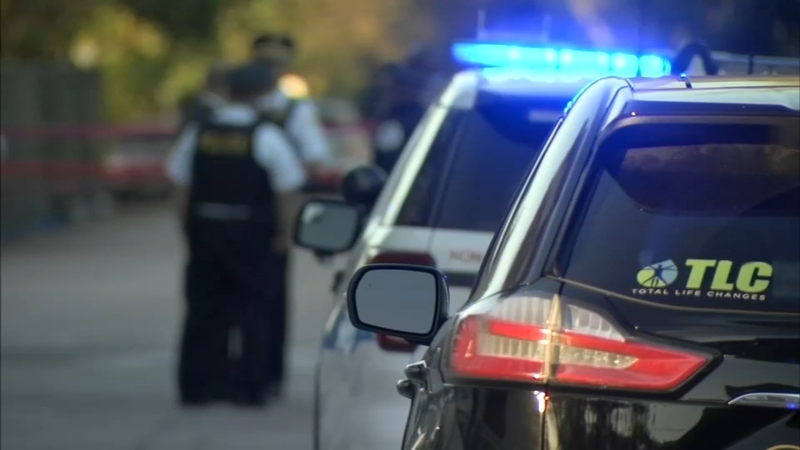 Chicago police said a male security guard went to open the school's double door at dismissal and a suspect, who appeared to be a teenager, possibly a current or former student, immediately began firing from the street in his direction.

Police said the multiple shots were fired just as students were about to be dismissed for the day from the school near Pershing Road and Giles Avenue.

Chicago Police Chief of Detectives Brendan Deenihan shares an update on the investigation into a shooting outside Phillips High School.

The 45-year-old security guard was struck several times, police said. Bullets also went through the school door and struck a 14-year-old female student in her abdomen.

The student was rushed to Comer Children's Hospital and was in critical condition. The male security guard was taken to University of Chicago Hospital, where he is in good condition.

Both had been stabilized as of early Wednesday morning.

"Her color is back in her face. She was shot twice," the girl's grandmother Joniece Cobb said. "She was inside the school on her way out to meet her mother when the shots rang out. They went through the door and they hit her. That door slowed them bullets down and saved my baby's life. That's the way I look at it."

Students and parents made their way to school Wednesday morning, still in disbelief after that shooting.

As CTU and SEIU members along with local leaders prayed outside Phillips High School, some students and parents are still frustrated with what happened.

Some parents reluctantly dropped off their kids, feeling frustrated and scared.

"I feel like we just gotta do better. ... We have to make sure they safe; without them feeling safe, we have a lot of kids that won't want to come to school," Shataqua Elmore said.

Some even decided to keep their kids at home.

"I am trying to get a safety transfer removal out of this school. I kept him home today, and I am considering keeping him home. I don't know until how long," parent Katarisha Cooper said.

Several parents, including the mother of the 14-year-old who was shot, were waiting to meet their children outside the school at the time. Some apparently witnessed the shooting.

Chicago police Detective Brendan Deenihan said the suspect fled on foot and may have escaped in a vehicle.

Deenihan said the investigation remains active and officers are currently canvassing the area for surveillance video.

St. Sabina Church will be offering a $5,000 reward for information leading to an arrest in this case.